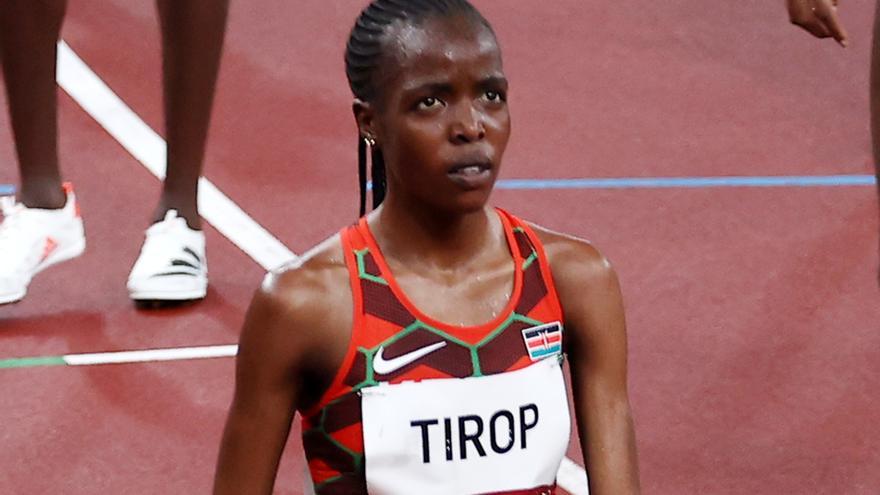 The husband of Agnes Jebet Tirop – a world plurimarista of 10 kilometers en route -, Emmanuel Rotich, has been arrested this Thursday night by the Kenyan police after being considered the main suspect in the murder of the 25-year-old athlete, according to reports Europa Press and has confirmed the newspaper Nation Sport.

The Directorate of Criminal Investigations (DCI) has published a statement on Twitter reporting the arrest that took place in Changamwe, Mombasa County. In it they point out that Rotich was trying to flee to a neighboring county to “evade Justice.” In addition, they have reported that around noon, “Rotich had rammed his vehicle into a truck in the Athi River, along the Mombasa highway, while desperately escaping.”

“The suspect is being questioned by detectives at the Changamwe Police Station to obtain more details about the murder, before being prosecuted to answer the murder charges,” police added.

The two-time bronze champion in the 10,000 meters and fourth at the last Tokyo Games was found lifeless at her home in Iten on Wednesday. “The lifeless body of Tirop was found lying in his bed on Wednesday morning in Iten, with visible stab wounds in his abdomen,” police reported.

The country’s president, Uhuru Kenyatta, has lamented the “very sad loss of the athlete” whom he has defined as a “Kenyan heroine” and has urged “to track down and apprehend the criminals responsible for Agnes’ murder so that they can confront to the full force of the law. ”