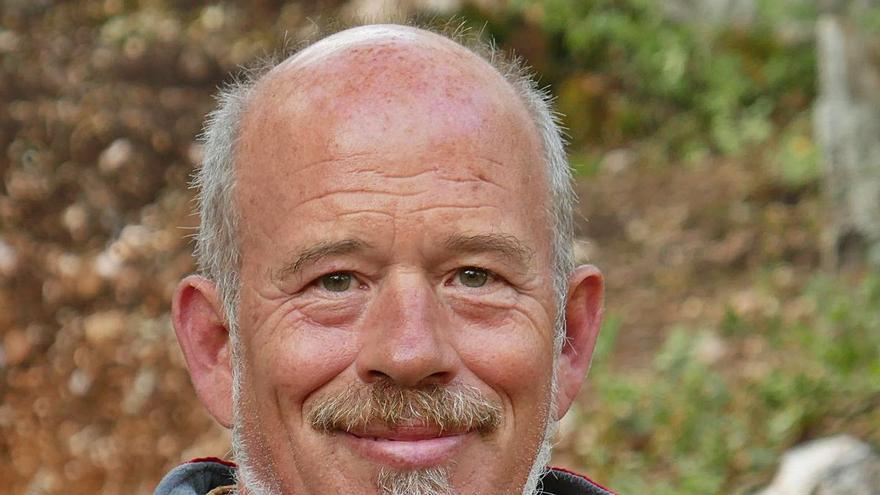 The third Prehistoric Days of Zamora They start this afternoon (8.30 pm) in the auditorium of La Alhóndiga with the intervention of Ignacio Martínez Mendizábal, which will unravel the latest discoveries of Atapuerca. These are days that are committed to scientific dissemination not only with talks, but also with documentaries and even children’s shows.

– He is in charge of opening these days with his lecture “Atapuerca, the land of our elders.” What will you present?

–I am going to explain all the work that is being done in the Sierra de Atapuerca, with the most important deposits and discoveries, so that the details are known.

– Why is the Atapuerca deposit so important?

-It is a unique place in the world, because the series of caves in the mountains, which were filled with sediments at different times, keep records from the first arrival of humans in Europe, one million and four hundred thousand years ago, until the Romans. By relating some caves to others, we obtain the entire history of Europe and this is unique, there is nothing comparable.

– Is it still a place to continue learning about the human being?

-As that mountain range is full of large deposits, the first discoveries were very surprising due to their age. They continue to excavate and give fossils and a lot of information. In the last five years we are excavating sites that are of the most modern part, so to speak, taking into account that we are referring to Neanderthals, already one hundred thousand years old. They are the most innovative sites in terms of excavation, we have found Neanderthal fossils that we did not have ten years ago, lithic industry of that time or fauna. What we had at the beginning was a human fossil and a bit of information, but work continues and more and more is discovered about what the different humanities have been like, how they made their living, the origin of the culture of death or the beginning of language. Atapuerca, to this day, I believe that it is the largest source of knowledge of human evolution in the world and I am not afraid to say it, because it is not an exaggeration. In fact, in the national and international scene the word “Atapuerca” has already become a reference and when someone wants to explain that they have found something out of the ordinary, they say things like “this is the Atapuerca of the dinosaurs”, for example.

–Despite the years you have been studying the ancestors, do they still surprise you?

-Of course. In our work there are two moments. One is what I call finds, when fossils are found, which is always something unexpected and that nobody can program. Another thing is the discoveries that are made after research in the laboratory and can take many years. These investigations are also surprising, because they are completely changing the idea that we had about the evolution of humanity. To begin with, there are many things that we never thought we would get to know about these times. For example, in one of the Atapuerca deposits, the Gran Dolina, from 400,000 years ago, people were able to meet and coordinate to hunt bison on a large scale and before that it was thought that it was only done since the most recent prehistory. There is also the Sima de los Huesos site, which is 450,000 years old, the largest accumulation of fossils on the planet and which constitutes the first evidence of funerary behavior in the history of humanity and we have discovered there that these people could speak, which he did not imagine either. These discoveries continually surprise us by the amount of information they offer. In the light of Atapuerca, we realize how little we knew before.

Archaeologists work in one of the Atapuerca sites.

–The work at the site is better known, but what about the subsequent research in the laboratory?

–There’s the real work. Often times what transcends public opinion is the excavation, what I call the Indiana part. However, the part of Dr. Jones is more obscured. Results of all kinds are obtained, from the climate to the type of food, its growth or the fauna. It’s a huge fan, because it’s not just about studying human fossils, it’s about putting them in context. There are many teams with different techniques and almost all branches of science are applied in Atapuerca. In fact, to this day, the Atapuerca team is the largest in the world in prehistory, with several Spanish universities and national and foreign research centers involved.

– Is there something in which we continue to resemble our ancestors, despite evolution?

– We continue to be alike in many things, but perhaps there is a very notable one. In the Sima de los Huesos many examples of caring for disabled people have been found, specifically, a girl with a brain injury who died at the age of ten or twelve and who would not have survived if she had not received the care of the group. That is a behavior that we did not imagine at that time and perhaps it is in what we are most alike.

–He directs the research chair of Evolutionary Otoacoustics and Paleoanthropology at the University of Alcalá. What are these studies focused on?

–This is a specific part of our work, which is financed by HM Hospitales, and there we have two fundamental objectives. One is to investigate the evolution of humanity, but focusing on the evolution of the ear, how anatomy has advanced and how it worked in ancient people. Along with this scientific objective, we would like to ensure that some of the theoretical science discoveries that we have made about the ear, working with ENT practitioners, find practical applications. That is to say, that all that we are learning about the evolution of our hearing comes to have a practical application in the world of surgery. That is what we are doing and it is a very beautiful dream.

– How long have you been with this project?

–We are finishing the first triennium, which has been very successful in scientific matters. On the other hand, we have been building a team of paleontologists and ENT specialists and we already have lines of research that we want to explore during the second triennium.

-Finally, what do you think of this type of prehistory dissemination conference, such as the one organized in Zamora?

– It seems to me a wonderful initiative, because I believe that science has to give back to society the effort that it invests in it. There is part of science that is fortunate that its activity has a direct impact, such as vaccines or new technology. But those of us who have another type of scientific activity, less applied, have to respond to something that is just as important, such as the enormous interest in the public to know our origins. And this type of conference helps us to achieve it.