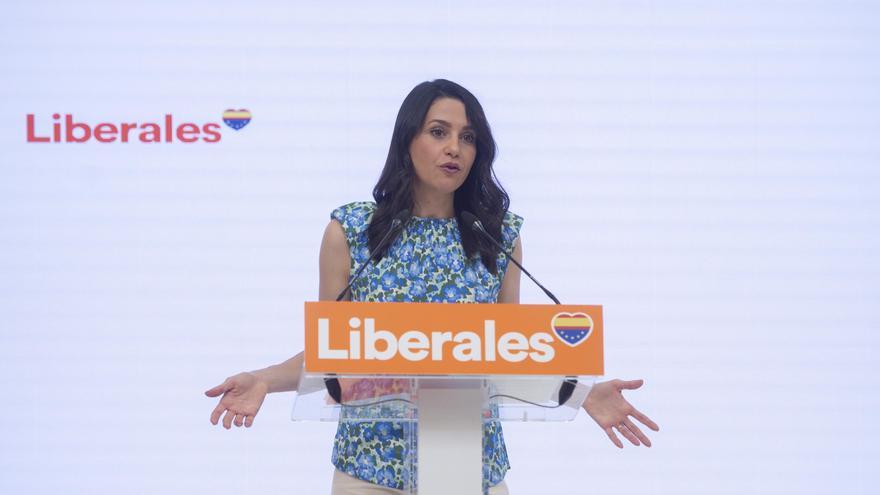 Inés Arrimadas has harshly charged against the management balance that Pedro Sánchez has left in recent months and of which the President of the Government gave his particular explanations this Thursday. In the opinion of the leader of Ciudadanos it cannot be a “more unbalanced” balance: “Sanchez rewards the separatists and those who insult and blackmail and leaves everything bad for the citizens who comply” and who have suffered the economic and health crisis . In his opinion, the Conference of Presidents to be held tomorrow, and the “perks” that Sánchez is granting to his separatist and nationalist partners suppose “a spit and a cut of sleeves” to all Spaniards.

Arrimadas has demanded that the State of the Nation debate be held because he believes that what is happening in Spain cannot be explained or resolved in “a twenty-minute press conference” as the one offered by the President of the Government from Moncloa. “We need that debate that has not been held since 2015 so that he can go to Congress to show his face. There we will surely be able to get the colors out of him,” he said.

The leader of the formation that proclaims itself “liberal” has painted a very negative panorama of the situation in our country because of Sánchez’s determination to “kneel” before the Catalan separatists and the Basque nationalists who, in her opinion, “are with the only ones who have complied just to continue in power. ” Specifically, he has harshly criticized the Conference of Presidents that the Chief Executive has convened for this Friday, to which the Lehendakari Iñigo Urkullu will attend for the first time, but in which the President of the Generalitat will not be present. , Pere Aragonès. Arrimadas has regretted that he has awarded both of them with “more perks”: the Basques, “bringing new ETA prisoners closer to the Basque Country”, and the Catalans, despite their plan, “with a bilateral table that is an indignity”. “It is already well of Sanchez’s contempt for the Spaniards.” Sánchez’s inaction against the impunity of these gentlemen is outrageous, “the Citizen leader claimed.” It is a spit and cut of the sleeves to the Spanish, “she concluded.

In contrast, Arrimadas has painted a good management balance of what her party has done without referring to the two electoral defeats suffered this year and without making any self-criticism of what has been done by the new leadership that she heads. “Ciudadanos is a responsible party where it governs and also when it is in the opposition,” he pointed out, “taking his chest out” especially from what was achieved in Andalusia, one of the two governments that it still maintains with the PP. But also in Castilla y León and even in Madrid -where they are no longer- remembering that when the pandemic began to subside, thanks to the deputy mayor, Begoña Villacís, the terraces could be reopened since it was a matter that fell within their competence .

In his balance, he has not forgotten the work of the parliamentary group, pointing out that the nine deputies of Ciudadanos “have been decisive” to carry out “relevant votes”, among them, the decree on the use of masks.

The leader of Ciudadanos has hinted again that they will not negotiate the General Budgets of 2022 because she believes that the leader of the PSOE in the previous ones, “how it was seen”, chose the support of his partners “for the entire legislature” and has sentenced : “Here is an alternative to Sánchez that is modern liberal and that really thinks of the Spanish.”