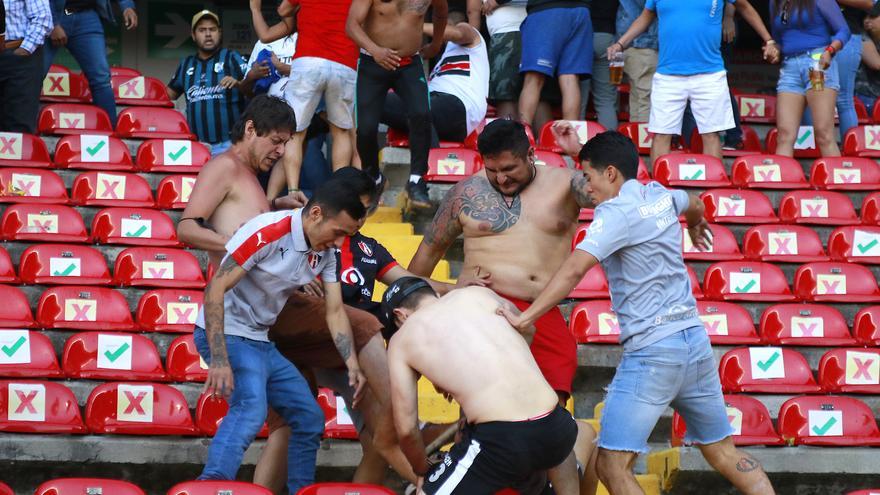 At least 22 people have been injured, two seriouslyafter a massive fight between fans of Mexican soccer clubs Queretaro and Atlas during the dispute late on Saturday of their meeting at the former's stadium, Corregidora, in the center of the country.

The Coordination of Civil Protection of the State of Querétaro has reported on Twitter that 22 people were injured, nine of them transferred to the General Hospital, two in serious condition.

The incidents began around minute 60 of the match, when hundreds of fans from the two teams clashed in a massive brawl and many of them invaded the field of play, forcing the game to be suspended.

The Mexican Football League has suspended the day as a gesture of rejection for the incidents.

"I strongly condemn today's violence at the Corregidora Stadium. The company that owns Gallos and institutions must answer for the facts. I have given instructions so that the law is applied with all its consequences. In Querétaro there is no impunity," The governor of the state, Mauricio Kuri, has made it known in a Twitter message collected by the newspaper 'El Universal'.

The governor has added that he has instructed the Secretary of Public Security to support the state prosecutor's office as necessary to find "these criminals as soon as possible."

"Those are not fans, but franticand to the frantic we are going to give them the full weight of the law", assured the governor.