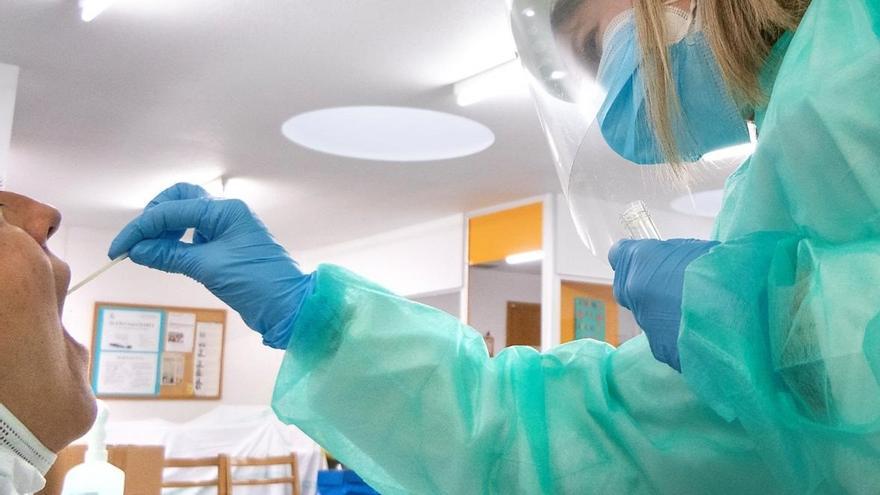 Asymptomatic patients are carriers of the coronavirus and can spread the disease, contrary to what is claimed by publications on social networks that consider them “healthy people” or “false positives.” Messages in this regard circulate this month on platforms such as Facebook and Twitter, while dispersing statements such as that “asymptomatic patients do not exist” or that they are “healthy people whom the State tries to convince of being sick.”

One of these complaints is attributed to a doctor identified as Natalia Prego and assigned to Doctors for Truth, a denialist movement that emerged with the pandemic that is rapidly expanding between continents, with Germany, Spain and Latin America as the most active axes. According to quotes attributed to Prego in an image shared dozens of times, “asymptomatic do not exist, they are tests giving false positives “and these are people who”they are not sick, they are healthy and therefore they are not contagious nothing to anyone ”. “There is a great psychological manipulation among the population. There are doctors who are perhaps obliged to say what their governments, the media and the who”Adds the message. Other publications, this time without attributing a source, also warn that the authorities “will never admit that the asymptomatic are healthy people, because it is the basis of all this great lie.”

The truth is that, according to scientific evidence and global health authorities, asymptomatic patients can transmit the disease and in no case are they considered healthy people or “false positives” in anticovid tests. According to the “Guide on how the covid-19“Of the World Health Organization (WHO),” regardless of whether they have symptoms or not, infected people can be contagious and the virus can be transmitted to other people. ”

The laboratory data in fact suggest, according to the entity, that “infected people appear to be most infectious just before they develop symptoms (that is, 2 days before) and at the beginning of the disease.” But in no case not presenting symptoms is synonymous with not contracting the virus.

The WHO specifies in this document that there are both asymptomatic patients – those infected who never present symptoms of the disease – and presymptomatic – or those who initially do not report signs, but develop them a few days later. In both cases, there is transmission of the virus.

The situation is even more complex: a study published last January and conducted by senior specialists from the US Centers for Disease Control and Prevention (CDC) found that “more than 50% of coronavirus cases are transmitted by people who do not have symptoms ”.

The US Department of Health echoes that research on its website and highlights that these findings “suggest that the identification and isolation of symptomatic people with COVID-19 does not by themselves control the ongoing spread of SARS-CoV- two”. In fact, researchers estimate that 24% of people who transmit the virus to others never develop symptoms and another 35% are presymptomatic.

Nor is it true, as the messages in the social media, that asymptomatic patients are the product of “false positives” or errors in standardized tests to detect the presence of the virus in the body. As José David Urbaez, scientific director of the Society of Infectious Diseases of the Federal District of Brazil, explained to EFE, “there is no possibility of a false positive in the molecular biology tests for SARS-CoV-2, since they are highly specific platforms” . “What does exist many times are false negatives, in relation to the collection outside the detection curve in the tissues of the upper airways, where it takes a time of 4 to 5 days for the virus to reach an adequate concentration ”, He explained. The expert concluded that these viral messages are “an immense fallacy.”

A confusion dating back to 2020

These social publications take advantage of the confusion generated on June 8, 2020, when the technical leader of the response to the WHO pandemic, Maria Van Kerkhove, assured in a press conference that “it is very rare that people who do not present symptoms of the disease act as super-spreaders ”. To the surprise of the scientific community and the comments that called for measure due to the lack of information at that time, the same organization clarified the next day in a live broadcast that everything had been a misunderstanding.

The epidemiologist explained that she had “mistakenly used the expression ‘unusual’” to refer, in fact, to the fact that until that date there were only “two or three” conclusive scientific investigations on the subject. “I was answering a question at a press conference, I wasn’t stating a WHO policy or anything like that,” Kerkhove said during the social media connection.

The entity rectified and, finally, declared that asymptomatic patients can spread the disease. Therefore, he insisted that the best way to counteract the virus is “to follow all measures of physical distancing” and frequent hand washing, in addition to physical barriers such as masks or face masks.