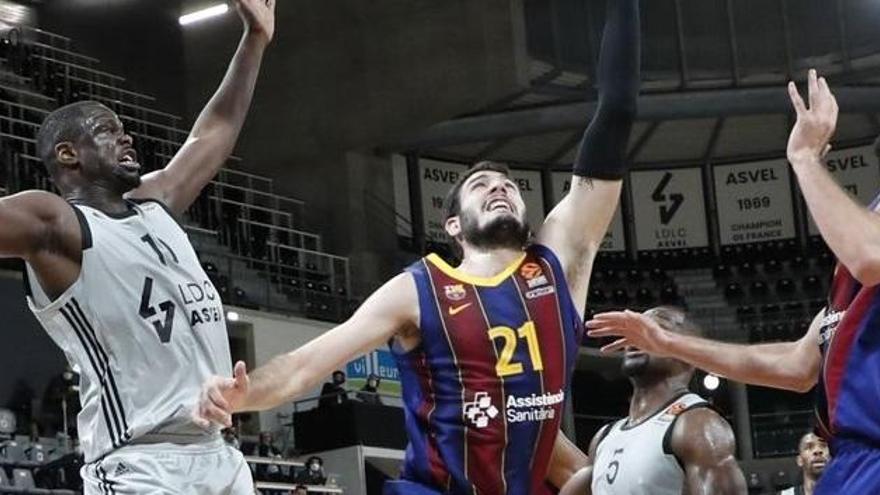 The Asvel Villeurbanne stopped Barça’s seven-game winning streak on Friday in the highest European competition, in a match (80-68) in which the leader was blocked with the physical basketball of the penultimate classified, which was very successful from the 6.75 meter line.

Barça could not close in France the month of November with a full of victories between the Endesa League and the Euroleague. An opponent who surprised with his outside success was measured with David Lighty (17 points) and Norris Cole (14) as protagonists.

Till the date, the French team was the worst from the 6.75 meter line with a 30% accuracy, but this Friday their exteriors registered an effectiveness of more than 60%, with 13 triples of 21 attempts.

Although beyond the triples, the locals, who were superior to Barça from start to finish, they raised a very intense game that annulled the leader, who added the second defeat in ten games.

And that in the previous Sarunas Jasikevicius already warned his players that Asvel was one of the most physical teams in the Euroleague. The first twenty minutes of the Barça team were very discreet in defense, something unusual in recent games.

The Barça began with little fluidity in attack. Without control of the offensive rebound, the French team could run in attack. Only Mirotic, Barça’s top scorer with 14 points, and Pustovyi, the starter to stop Fall, appeared in the zone, compensating for the difficulty that Barça outsiders had to score.

And that’s how Asvel, driven by triples, closed the first half with a comfortable lead, leaving the Catalans with only 19 points under their belt (25-19).

The physical basketball of the Gallic team remained in the second act. Bako shone in the area, although Barça failed above all who, blocked in attack, could only transform 17 points, thanks to the appearance of Smits and Davies.

In the resumption it seemed that Barça found the defensive intensity and in two minutes they reached five points with a triple from Mirotic and a basket on the counterattack by Calathes after theft by Álex Abrines (48-43, min.22).

The Barça reaction, however, was a mirage. It took what it took for the French team to find Lighty from the 6.75 meter line.

The American forward was the protagonist of Asvel in attack in the third quarter. His triples and penetrations penalized a rival without ideas in attack and disarmed in defense.

The Barça got to lose by sixteen points (65-49, min. 28). The Barça team, from the free throw line, lowered the disadvantage to twelve points before the last quarter (65-53), although the locals tamed the game with their physical basketball.

In the last quarter, Barça tried but the triples reassured the French team. Without direction or ideas (70-59, min.33), Barça saw how five consecutive points from Norris Cole left the game seen by sentence (75-59, min.35).

Those of ‘Saras’ did not react and Asvel, after a bumpy start to the season due to injuries and coronavirus positives, celebrated their second win.

Incidents: match of the eleventh day of the Euroleague played without an audience in the Astroballe pavilion.