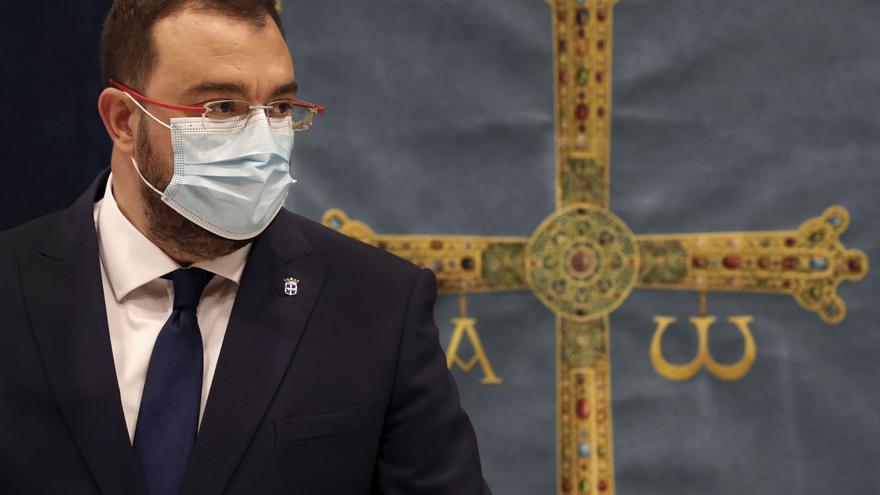 The president of the Principality, Adrián Barbón, will propose this Monday the perimeter closure of Asturias at the meeting of the COVID-19 crisis committee, in which the mayor of Oviedo, Alfredo Canteli; the mayor of Gijón, Ana González; and that of Avilés, Mariví Monteserín.

After the meeting, in which Barbón will transfer the need to implement this measure under the state of alarm and given the increase in cases in the region in recent weeks, the Asturian executive will offer a press conference at around 5:00 p.m.

The chief executive already defended in June that the communities with the worst data continue in a state of alarm until their epidemiological situation improves and, last week, he was one of the first regional presidents to request its entry into force. Precisely, Asturias already decreed this Friday the perimeter closure of the three large cities in the region: Oviedo, Gijón and Avilés.

That same day, the Executive asked the Superior Court of Justice for a legal assessment on the possibility of establishing a curfew between 00:00 and 6:00 in the morning. A tool that is now launched with the entry into force of the state of alarm this Sunday.

The Principality of Asturias notified this Sunday 288 new confirmed cases of COVID-19 diagnosed the previous day in the region, 55 admissions for coronavirus in the ward and seven in the ICU and eight deaths.

Since this weekend, the executive had ordered the closure of commercial activity at 10 at night and the hospitality establishments, gambling and gaming establishments at 11, although without admitting new customers for an hour before.

The meetings in the region are limited to six people and a couple of weeks ago the Ministry of Health recommended self-confinement and appealed to individual responsibility to carry out PCR and comply with quarantines and home isolation in case of close contact or test positive.