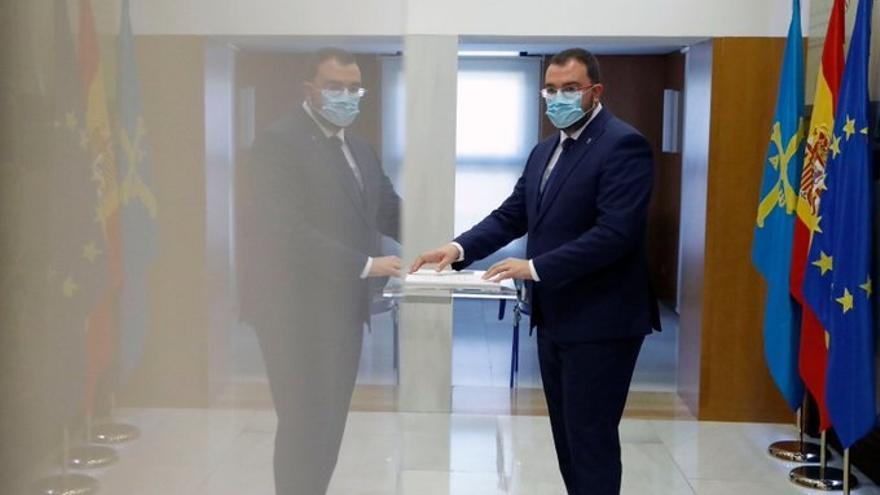 The President of the Principality of Asturias, Adrián Barbón, announced this Friday that he is going to ask the Sánchez Government for a state of alarm and that he is going to decree the perimeter closure of the three large Asturian cities: Oviedo, Gijón and Avilés. In addition, the Executive will also request a legal assessment from the Superior Court of Justice to be able to establish the curfew between 00:00 and 6:00.

The announcement was made this afternoon by the president of the regional Executive, at a press conference in which the Minister of Health, Pablo Fernández Muñiz, and the general director of Public Health, Rafael Cofiño, also appeared. Just before, the Asturian Government had met to assess how the pandemic is evolving in each of the councils.

The Principality of Asturias, dated yesterday Thursday, had a cumulative incidence of 282 cases per 100,000 inhabitants in the last 14 days, a figure below the national average, which is at 348, but well above the 25 that the President of the Government, Pedro Sánchez, has set as a goal.

Throughout this Friday, the Euskadi, Extremadura and Melilla governments have already requested a state of alarm. Other communities such as Madrid, the Valencian Community or the Region of Murcia have announced, for their part, two curfews to prevent mobility at night, measures that will have to be ratified by the courts in the coming hours.