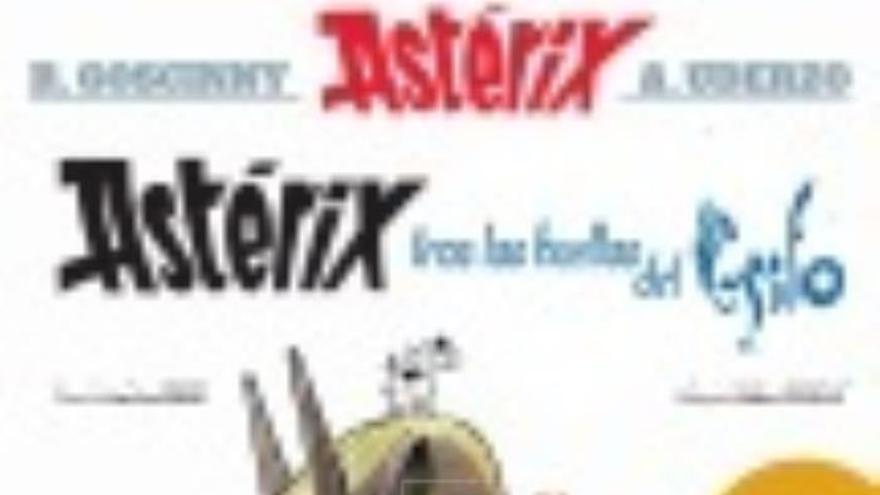 Madrid, Mar 29 (EFE) .- “Asterix in the footsteps of the Griffin”, this is the title of installment number 39 of the adventures of the inhabitants of the irreducible Gallic village, a new story signed again by the screenwriter Jean-Yves Ferri and the cartoonist Didier Conrad that will go on sale on October 21.

As reported this morning by the publishing house Salvat, Asterix, Obélix and Ideafix return accompanied by the most famous of the druids, Panorámix, Gauls to “undertake a long and enigmatic journey in search of a strange and terrifying creature”, the griffin, a Mythological creature surrounded by mystery with the body of a lion, claws, wings and beak of a bird of prey.

This can be seen on the cover of this new album, in which Asterix and Obélix appear trying to reach the little dog Ideafix, who is perched on the head of a sculpture in the shape of this mythological being.

A new story that began, according to Ferri’s statements provided by the Salvat publishing house, “with a sculpted representation of the Tarascan, a terrifying animal from Celtic legends … Did our ancestors really believe in the real existence of these unusual monsters? “asks the screenwriter.

“It should be noted – he adds – that in Roman antiquity, explorers were scarce and that the Earth was largely unknown. However, elephants or rhinos, extraordinary animals, had already been exhibited in Rome. Consequently, why the Would the Romans have doubted the existence of such unlikely creatures? Had some of them (medusa, centaur, gorgon …) not been very seriously described by the ancient Greeks before them? ”

So, as Ferri continues, in the mythological bestiary “it was necessary to choose the animal that would be at the center of the adventure.”

“Half an eagle, half a lion (and with horse ears), enigmatic beyond measure, I have opted for the griffin! It would surely work among the Romans, but what about the Gauls? How to drag Asterix, Obelix and Ideafix , accompanied by the druid Panorámix, on the epic mission strewn with obstacles in pursuit of this fantastic animal? “, he anticipates the content of this comic that will be published simultaneously in 17 languages.

And this is what the lovers of these Gauls will discover reading this adventure, of which Ferri has not wanted to advance more because he does not want to do “like the goddess Wikipedia and tell you everything,” he jokes.

The announcement of the publication of this new album comes a year after the death of Albert Uderzo, and both authors have expressed in this regard that Uderzo “trusted” them in 2013 and that is why they “respect” the values ​​that he imprinted on his characters.

“In his absence, and with great affection, we continue the task that he placed on us with this new album that, we hope, will be a joy for all his readers,” conclude these authors, who sign with this new comic the fifth in the post-era -Uderzo and Goscinny.

Throughout history, more than 385 million comic albums of the Asterix stories have been sold and these adventures have been translated into 111 languages ​​and dialects.