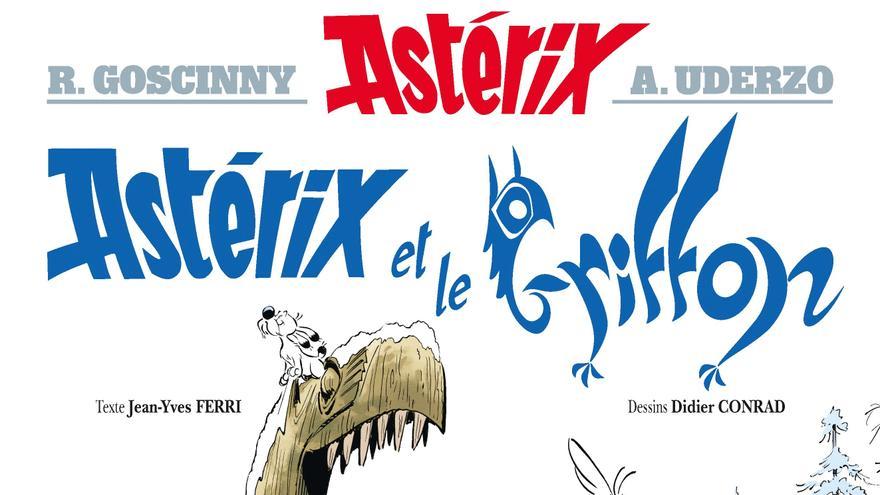 A trip to an untamed country, a challenge and a people that break the stereotypes of Asterix and Obélix: the new album by the irreducible Gauls, ‘Asterix in the footsteps of the Griffin’, takes up the usual ingredients for to come back strong a year after the death of its original artist, Albert Uderzo.

His death in March 2020, following that of René Goscinny in 1977, left entirely in the hands of the cartoonist Didier Conrad and the screenwriter Jean-Yves Ferri the reins of a bestseller to which the latter joined in 2013 with “Asterix and the Picts”.

In this fifth installment made in his own handwriting, the little warrior with the blond mustache and his plump friend, Distributor of menhirs, they travel to the land of the Sarmatians, where the day only lasts for an instant, according to the belief of the Romans, to help them protect the Gryphon, a mythical animal that they have as a totem.

“Inventing a country allows another tone, another environment”, He tells EFE Ferri that in this expedition into the unknown he introduces current issues such as conspiracy, feminism or the protection of the environment.

The Adventures of Asterix debuted in 1959 in the first issue of Pilote magazine and their popularity has not waned since. This latest album, number 39, goes on sale this Thursday in 17 languages ​​and a first worldwide circulation of five million copies.

Like its original creators, Ferri does not claim to know the reason for its success: “But they dumped many universal things inside. And there is another explanation, the translators always include particularities of each country.” The master cheesemaker Manchegov or the carpenter Kontrachapadov, from the Spanish edition, are an example.

The screenwriter takes each new album “a bit as a personal challenge” and his remote work with Conrad, who lives in America, seems to forget about the powerful commercial machine that surrounds this comic until the moment of promotion.

“Contrary to popular belief, I never receive particular slogans. I am an old Asterix reader and I know what I can do“, he points out, not without admitting that for Uderzo and Goscinny the process was” more natural “because they were” their characters. ”

In these five albums, the weight of responsibility for that legacy has given way to a mastery of history and its characteristics. And with them the characters have also evolved. In “Asterix in the Footsteps of the Griffin”, to the surprise of its protagonists, the Sarmatian women are nomadic warriors and the men live in the peace of the village.

“There are things that are a bit difficult for them, that are challenging, but humorous, I hope,” adds the scriptwriter, who in the behavior of the Romans, in their disregard for the habitat of others, makes today’s society look at itself in its own right. own mirror.

It is, like all the previous ones, an album that was born without political will, although it is impossible to escape the controversyto. Books, including Asterix and Lucky Luke, have recently been burned in some schools in Canada in protest at the stereotypical way in which they represent natives of various regions.

“I can understand that some representations clash because in the comic there is a tradition of caricaturing, but you have to put that in context. Burning books is not the best thing to do to protest against violence, because it is something violent in itself, “says Ferri.

This participation could be your last. “Each time I tell myself that I will not be able to continue and each time I am convinced that I will stop because it is difficult. I say it every time, but it is true that this one may be for real “.

If it is clearer that he does not want to finish an unpublished album, recently discovered and half made, “Asterix au cirque” (Asterix in the circus), that Goscinny’s daughter Anne found in the family archives.

“It would be something very specific, different from what we do, a restoration job. We are not Asterix specialists. We are authors who invent new stories. And who knows, maybe Goscinny wanted to throw it away? ”