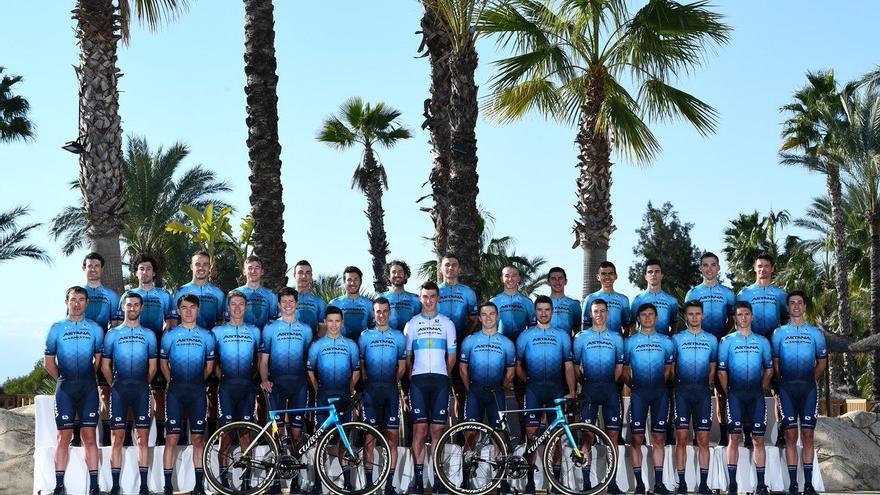 They are in blue and on their skin they bear two inscriptions, Astana (the old name of the capital that is now called Nursultán in honor of the leader who ruled the country for 30 years) Y Kazakhstan, the country that last week took to the streets, the nation whose current president, Kassim-Jomart Tokayev, ordered shoot to kill against the protesters and the state that regained peace thanks to Russian tanks.

They have been in the squad since 2007, in what was then a turbulent start to the professional cycling. They arrived in midsummer, after an intervention by Alexandre Vinokurov, today the squad manager, and at that time the star of the team led by Manolo Saiz, the late Liberty Seguros, the insurance company that abruptly withdrew its sponsorship after the Puerto operation exploded. , which led to the arrest of the Cantabrian coach and brought to light the doping tactics of the Canarian doctor Eufemiano Fuentes.

🇰🇿 Day of Presentation in Nur-Sultan

The International Cycling Union (UCI) does not want to enter into political issues following the custom of the rest of the large federations and only has asked for calm and restraint in a political and social matter that, for the moment, it seems not to splash on one of the main World Tour teams (the First Division of world cycling) that has among its ranks Miguel Ángel López, 'Superman', rescued after his 'scare' from Movistar. An Astana that also this year has signed Vincenzo Nibali, with whom they won the 2014 Tour, and that has the Catalan David de la Cruz and the promising Javier Romo.

The Astana moves in the peloton mainly thanks to the state contribution of Kazakhstan although the headquarters of the team is listed in Luxembourg, as verified in the squad sheet on the official website of the UCI. Specifically, it is listed as a company linked to the Kazakh group Aracanto SA, with headquarters at number 37 Carrer de las Scillas in the town of Howald, south of the Luxembourg capital, whose data is difficult to find on the internet.

The truth is that Alexandre Vinokurov, as manager and practically the soul of the team, has returned to management after being dismissed from his post a few days before the start of the 2021 Tour due to discrepancies at that time with the second sponsor, the Canadian technology company Premier Tech, which this year has preferred to support the whole of Israel led by Chris Froome.

To the rescue of Superman

Vinokurov's return, according to various sources, came at the suggestion of Askar Mamin, now dismissed as prime minister after the country's revolt. Hence the uncertainty that now surrounds the team. Vinokurov is the one who manages the capital and his would be the company located in Luxembourg. He was precisely the person who opened the doors of Astana to Superman when he was fired from Movistar after retiring in the penultimate stage of the Return, by a crossing of cables, when he occupied the third place of the general.

It is the same Vinokurov, time colonel in the Kazakhstan army, who left cycling through the front door after being proclaimed Olympic champion in London 2012 and the one who had fled through the back door of a hotel in Pau after it was found that he had made the wrong bag of blood when performing a transfusion prohibited. He put on that of his Kazakh partner and friend Andrei Kashechkin, instead of his own. He served two years of punishment.

Astana was the team with which Alberto counter He won the 2009 Tour, which he conquered after playing two races, in his words, one on the road and one in the hotel since Lance Armstrong had found a place in their ranks on his return to cycling before his seven victories in Paris were annulled by doping. The relationship was lousy. Contador accused the American of making a vacuum with gregarious people who helped him and turned their backs on the Madrid runner. Armstrong always maintained that before starting the race in Monaco he warned the Spanish rider that he was going for victory. In fact, he finished third, a position that was also erased from the Texan, despite the fact that he has always maintained that in that edition of the French round he was clean.