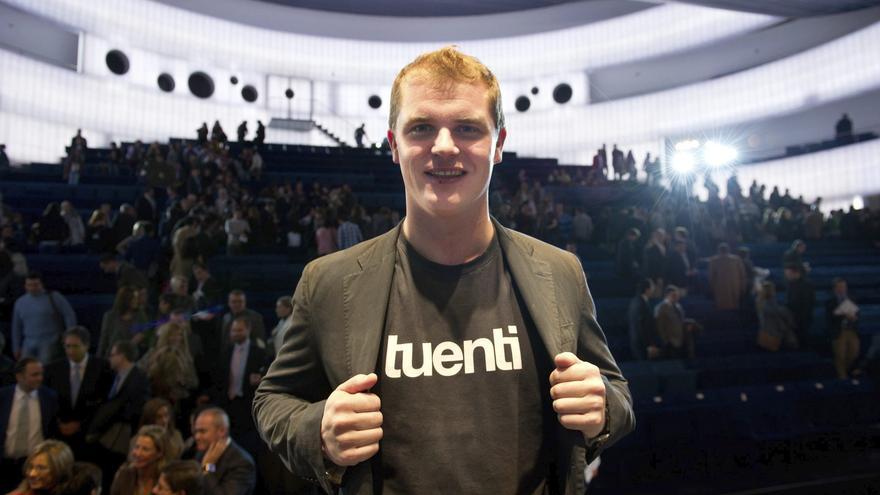 The Police continue to search for the five alleged perpetrators of the assault on the house of one of the founders of the Tuenti social network, Zaryn Dentzel, but in a very different sense from the one that originated the first story of the victim. Neither theft of millions in bitcoins, nor careless assault. Four men entered the house with the help of one of the more than 20 prostitutes who participated in a party hours before in the house and whom the millionaire Dentzel called to return alone hours after the celebration, they have informed elDiario.es sources close to the investigation.

The first information about the possible theft of millions in bitcoins responded to the fear that Dentzel had transferred to the policemen who appeared at the home for the keys that the assailants would have obtained after allegedly torturing the victim. As the Police have been able to determine, the thieves only had time to withdraw 4,000 euros from ATMs with the stolen plastics, loot that is added to several watches that Dentzel had at home and that they took.

The Police arrived at 7:20 p.m. on the afternoon of Tuesday, November 2, on the eighth floor of a building on Ruiz de Alarcón street, in Madrid, next to the Prado Museum. It is the residence of the founder of Tuenti, the 38-year-old millionaire Zaryn Dentzel. The businessman told them that hours before he had been the object of a robbery by four or five people who reduced him and a maintenance employee of the building (LL F), a 40-year-old Spanish man, who was at that time in home. Dentzel stated that the assailants had taken advantage of the entry into the house of a prostitute, whom he had requested, to sneak into the home.

In reality, the house hosted a party for which Dentzel had requested the presence of about 25 prostitutes. Once finished, the founder of Tuenti contacted one of them and asked her to return to the home. The woman arrived accompanied by four men, who took advantage of the access to the woman's house to break into it. Dentzel told police they spoke Spanish with an Eastern European accent and called each other by number, except for the woman, also hooded like them, whom they called "Carolina."

The victim of the robbery stated that he had been beaten for hours, although the police officers who showed up only noticed a small cut on his chest, which they recorded in his report as "very slight." The emergency services confirmed care for a superficial wound that did not require transfer to a medical center. When Dentzel required the prostitute to return to her home, she was under the influence of drugs and alcohol, according to the sources consulted.

The businessman told the police officers who came to the house that the assailants had threatened to cut off his testicles and put them in his mouth. Already then, the Police confirmed the theft of the cards and conveyed to the agents the fear that the "50 million euros" that he accumulates in bitcoins with the keys that he had provided to the assailants would be stolen.

The investigation of the assault was carried out by the Extortion and Kidnapping Group of the Superior Police Headquarters of Madrid, with which the Scientific Police has collaborated. The investigation is under summary secrecy in a court in Madrid and the sources consulted assure that it is completely open, although for the moment it has not allowed the location of the assailants.

Dentzel created the Tuenti social network in 2006 together with other programmers and sold it to Telefónica in 2010 for 75 million euros. Today it is a low-cost telecommunications company. elDiario.es He has tried to obtain Dentzel's version through one of the companies based in Spain of which he is a director, but has received no response.