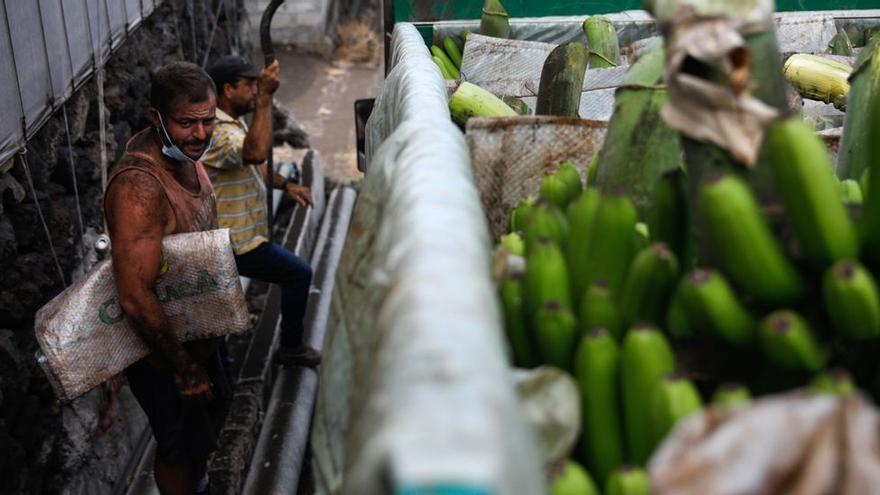 The president of Asprocan, Domingo Martín, today asked the Vice President of the Government, Nadia Calviño, that rectifies the consignment destined to the transport of the banana of the Canary Islands foreseen in the draft General State Budgets for 2022, and put it at 30 million euros.

The representative of the Association of Organizations of Banana Producers of the Canary Islands (Asprocan) has transmitted this demand to the First Vice President of the Government and Minister of Economic Affairs and Digital Transformation, Nadia Calviño, during a meeting with economic sectors of La Palma to learn about the impact of the volcanic eruption.

The president of Asprocan has transferred to the minister the need to incorporate an amendment to the current proposal that rectifies the item destined to the compensation of the transport of bananas because the amount foreseen, of 10 million euros, does not comply with the provisions of the Canary Islands REF and what was approved by all political forces, when it was agreed to compensate 100% of the effective cost of transporting bananas from the islands, which would result in a total amount of 30 million euros.

In addition to the “relevant” compliance with the REF, Asprocan indicates in a statement that it has exposed how the crisis generated by the volcano has triggered the production cost overruns in the sector, and how, therefore, updating the budget line is an immediate need that it cannot continue to wait as it has in previous years.

Martín has exposed the serious impact that the eruption has had on the banana sector of the Canary Islands, the economic engine for La Palma, causing damage that, far from stopping, continues to increase every day and affecting practically all of the island’s production.

Faced with this situation, he has transferred to the Minister the proposal of measures designed by the sector, which was presented to the Ministry of Agriculture last week, and which is added to the request to maintain the reference quantities during the following two campaigns and Eliminate the requirement of percentage of production and commercialization of bananas for the campaigns immediately after those affected.

The package of measures proposed by Asprocan has a double objective, on the one hand to compensate the losses caused by the volcanic eruption, and on the other, to sustain the productive fabric, employment and business activity, both direct and indirect, associated with bananas in La Palma to enable a faster social and economic recovery of the island.

Thus, the sector has presented an indivisible package of three measures that include; an aid system for lost production, which guarantees compensation until the record of kilos corresponding to the end of the 2022 season is completed; aid to producers and packaging for the maintenance of the labor activity and the productive fabric -susceptible to be included in the funds already approved for the extraordinary employment plan-; as well as aid and compensation for losses in infrastructures and equipment for both producers and packaging.