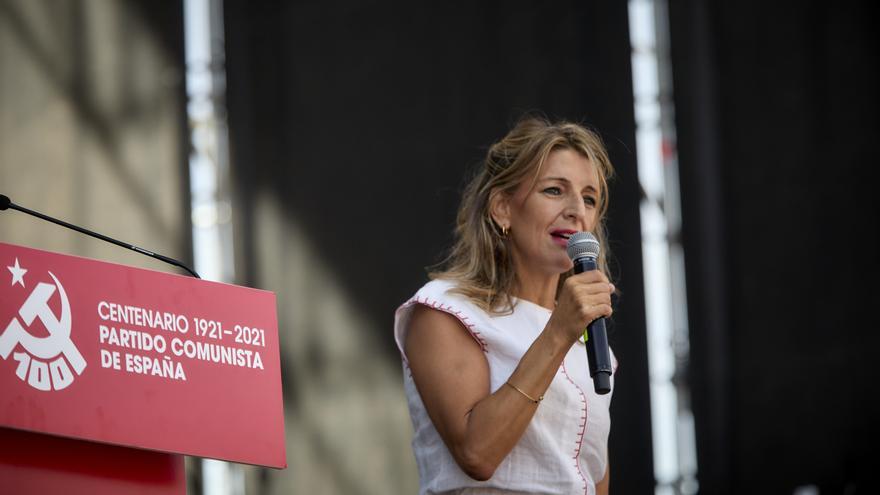 Yolanda Díaz continues to work on a political project to present to the next general elections. “I’m on it. I am having many conversations. I am going to start with a series of events, in which I am going to dialogue with society ”, he acknowledged this Thursday in an interview on Cadena Ser.

“I do not think it is a question of a sum of parties or a sum of egos,” pointed out the Minister of Labor, who has also ruled out being in charge of putting a name to this new project. “I do not believe in individualities,” he stressed. In the interview, he acknowledged that he advocates a future in politics away from egos. “As this happens or there is noise, it is likely that I will leave,” he pointed out.

He has also insisted that “housing is a fundamental problem” and has acknowledged that they remain “distant” with the PSOE to reach an agreement on the regulation of rental prices. In an interview on Cadena SER, he assured that “citizens have the right to know what each group thinks.” “We have to convey to the citizens of our country which side we are on,” he added.

“I can not understand why we do not want to lower the rental prices of houses,” he added, on the conflict that United Podemos maintains with the PSOE to reach an agreement on the regulation of rent in the housing law. And he has recognized that the aspiration of his training is a European model, in which “measures are incorporated to lower the rental price” and combat speculation.

This Thursday, United We Can will participate in the registration of an alternative text to that of the Government on a housing law, promoted by social groups and unions. Díaz has assured that the positioning of his party “has been discussed with the PSOE.” “The parliamentary groups have their own dynamics,” he stressed.