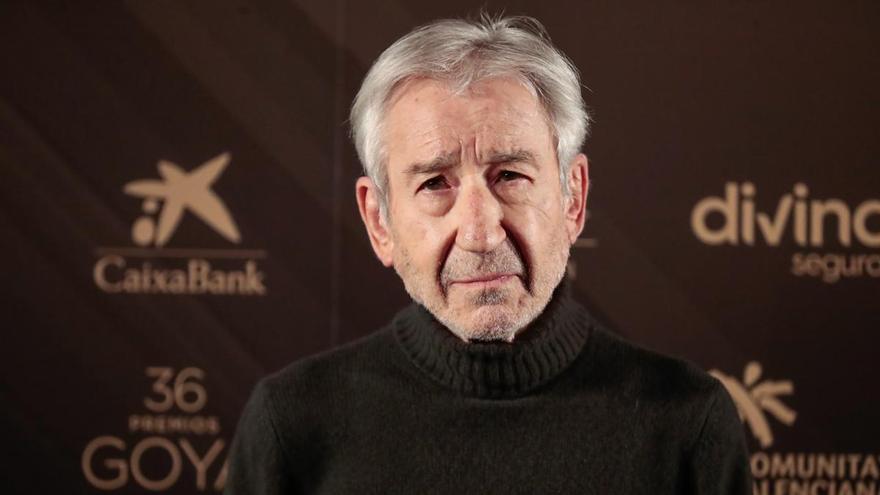 José Sacristán (Chinchón, 1937) is on a winning streak. He received the National Film Award in 2021 and a year later picks up the Goya de Honor for his "passion, ethics and professionalism". Who has been the face and voice of Spanish cinema for the last six decades, according to the Academy, is also in charge of promoting the so-called "reunion gala" of the Spanish cinema that will be held at the Palau de Les Arts de València, with all the pertinent health measures, on February 12, 2022.

The veteran actor has starred this Thursday in a meeting with the press accompanied by the president of the Academy, Mariano Barroso, with the intention of preparing the ground for a 36th edition of the Goya, which will be the first after the shock caused by the pandemic. "I feel very happy, grateful and happy because there is nothing better when recognition arrives than the one that arrives working. Continuity in work is the greatest measure of success for an actor in our country," the artist considered at the beginning of the talk.

Sacristán was one of the founders of the Academy and even managed to get his partner and friend, Fernando Fernán Gomez, to become a member. "I told him that it was a collaborative platform model, following the model of the French or English academy. He signed and gave me 5,000 pesetas that it cost," recalls the actor. Shortly after, the Union of Actors arrived and the process was similar: "I also went to Fernando to ask him for 5,000 pesetas. He gave them to me and told me: 'Take it, but don't fund anything else'".

Since then Sacristán has participated in more than 125 films and at 84 years of age he is still active with the tour of the play Slady in red on a gray background. The announcement presented by the Academy, in fact, refers to the actor's origins as an agent of the Book Club, going door to door trying to place books in homes.

"All my films were there not only to help me live, but also to feed my illusion to be an actor. And I got it thanks to all the people who trusted me from the beginning, with whom in addition to building my life I was able to dedicate myself to what that I like", he considers alluding to his origins in Chinchón, the Madrid town where he aspired to become Tyrone Power since he was a child.

I miss a certain parliamentary level, not that each political leader appeals to the most ignoble of his electorate

However, it is worth wondering if Sacristán has been overwhelmed at some point in his long career, since mental health, especially after cases such as Verónica Forqué, has acquired special relevance. But the actor answers emphatically: "No". "There have been situations in which my family situations exceeded my income, like when my eldest son was born in the last century. But the agony of 1964 lasted a few months." In fact, he points out that he does not see his retirement close: "As long as I can continue to endure the pull with a minimum of lucidity, we will continue there."

And as is customary in Sacristán, he continues to openly assess both political and cultural news. "I hear old echoes in certain politicians, but they are there because many Spaniards have wished it to be so," says the actor, who has also been critical of the role of the political left in the country. "I miss a certain parliamentary level, not that each political leader appeals to the most ignoble of his electorate," he adds.

The sober 2021 Goya gala, which was presented by Antonio Banderas with the box office of Spanish cinema marking the lowest number in the last 20 years, gives way to a ceremony that this time will have an audience beyond the screen. In addition, it will not be conducted by a single presenter, but by several representative figures from the cinema who will give special prominence to Luis García Berlanga, whose centenary is being commemorated. And that will feature, among other protagonists, José Sacristán.