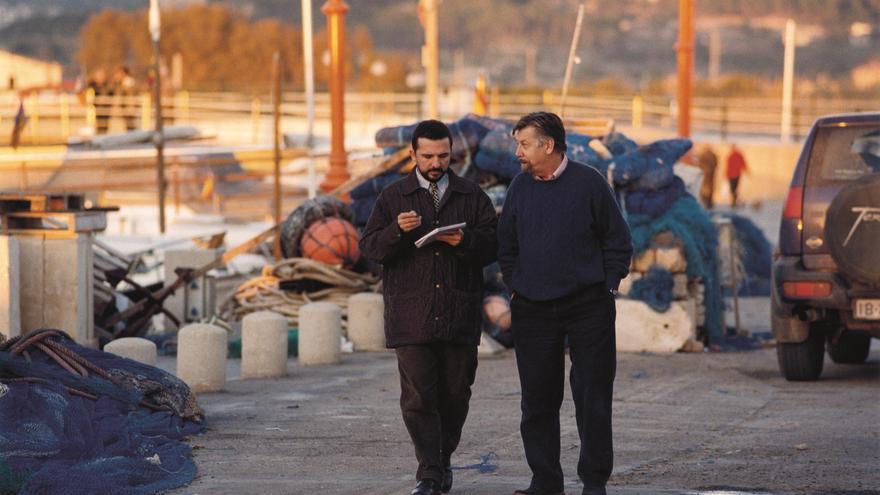 Barcelona, ​​Feb 19 (EFE) .- The journalist and writer Sergio Vila-Sanjuán evokes in his new book, “El joven Porcel”, the meteoric rise in the Catalan and Spanish cultural world, between 1960 and 1970, by Baltasar Porcel, a who sees as a man with ambition, a kind of “character of Balzac challenging the metropolis”.

In a telematic press conference, the last National Prize for Cultural Journalism has commented that the work began to take shape after a commission from the editor Emili Rosales, with the intention of “reactivating” the memory of the author of Andratx (Mallorca), eleven years after his death, and that his work “of great literary value” returns to occupy the shelves.

At the same time, and thanks to the trajectory of this author, he can portray the social and intellectual environment of the time in Barcelona, ​​Spain and the rest of the world.

On the other hand, the work highlights the unpublished documentation that it provides, for example, in relation to the “absolutely prohibited and dangerous” relationship that he had with Concha Alós, eleven years older than him, winner of the Planeta Prize twice, and wife of his first boss, who was also an important figure in the Movement.

Also included is an image from Lluís Permanyer’s archive, on Porcel’s first visit to Josep Pla in 1964, four years after he arrived in Barcelona by boat on April 22, 1960, with 300 pesetas in his pocket and two suitcases, with which he stood in front of the house of critic Joan Triadú, whom he did not know and whom a month earlier “launched an SOS”.

Sergio Vila-Sanjuán has spent a year and a half going two or three times a week to the house of the novelist’s widow, Maria Àngels Roque, where he has been able to consult his entire archive, as well as conducting numerous interviews, some of them to people who have already disappeared such as José Manuel Lara Bosch, Toni Catany or Albert Manent.

Nor has he ignored his own memories with the deceased, whom he met in 1980, and with whom in 2000 he traveled to Mallorca for several days to the stages of his childhood and youth.

In his opinion, Baltasar Porcel was “a person who lived, someone controversial, curious, who traveled, if he had to fight he would fight, you saw in him an intensity that was to be appreciated”.

The writer, with a wide culture “very little sectarian, who could go from the Greek classics to Chateaubriand or the Chinese poets”, is also, he emphasizes, “the journalist in Catalan and Spanish who best explains the great movements of the sixties, who goes to Paris when May 1968 is still hot, who goes to the premiere of the musical ‘Hair’, gets naked and goes on stage, or sees Raimon in the French capital “.

In addition, he goes to Ibiza to live with the hippies, travels to New York to meet the “Black Panthers”, goes to Israel to cover the conflict between Arabs and Jews, or even Mao’s China.

“No journalist dubbed an intellectual,” adds Vila-Sanjuán, “does all this journey in such a systematic way and with so much experience of his own.”

The book, which can be read like a novel, therefore shows the young man, from a humble family, who at 23 leaves Mallorca and who, in just ten years, “wins over the most important people in Barcelona, ​​becoming he himself found a place in the most influential press, and already in 1970 he won the Josep Pla prize and is a consecrated person “.

Throughout these pages, published in Spanish by Destino and in Catalan by Edicions 62, the reader will recognize the “charismatic man, with a very attractive personality from a young age, very assertive and forceful, with great confidence in himself”, although also be someone who irritates some of your interlocutors.

For Vila-Sanjuán, “while connecting with the cultural world of older people – from his mentor Llorenç Vilallonga, to Josep Pla or Camilo José Cela – he brings new voices about everything that is happening in the world”.

Later, according to the journalist, “he is the emblematic figure of the dialogue with Catalonia, it is the Catalan with whom it is necessary to discuss where Spain is going and where the Transition should go.”

His first contacts with Jordi Pujol, as a result of the events at the Palau de la Música in May 1960, are widely described, as well as his disagreements with Vilallonga, Pla or Cela, to whom he wrote a harsh letter that he never sent and that Vila-Sanjuán has now rescued from its archive.

Sergio Vila-Sanjuán acknowledges that he has material to make a 2,000-page book, because Porcel is “a character with many layers and stories”, and has reflected that he could “write something interesting about the relationship he had with power, since he became friends with King Juan Carlos, to whom he wrote some speeches, and also with Jordi Pujol “.