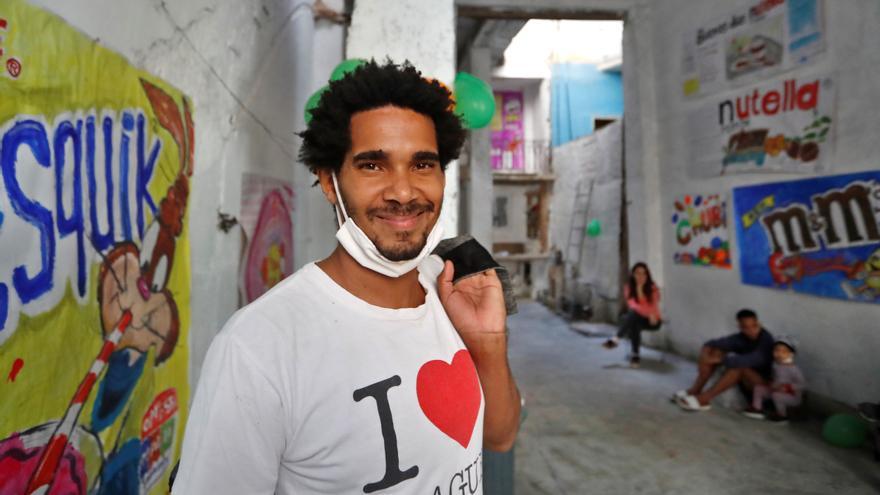 New York (USA), May 27 (EFE) .- A group of writers, painters, curators, educators and photographers, among other representatives of culture, published an open letter to Cuban President Miguel Díaz-Canel, condemning the arrest of the artist Luis Manuel Otero Alcántara and demanding his “immediate and unconditional” freedom.

Otero Alcántara, leader of the San Isidro Movement, a group in favor of freedom of expression in Cuba, has been in the Calixto García hospital – under state control – since May 2, where he was taken against his will after eight days of hunger strike after the confiscation of his works of art by the Police, they indicate in the letter.

They also point out to the Cuban president that friends of Otero Alcántara who have tried to visit him have been detained, according to the letter published in The New York Review magazine.

They also assure that it has caused them “great concern” that the artist looks physically deteriorated, according to a video that the authorities recently released.

They remember in the letter, that it has among its signatories the famous painter of Ethiopian origin Julie Mehretu and the British artist, writer, film director, screenwriter and curator of art of Ghanaian descent John Akomfrah, who before being hospitalized Otero Alcántara faced ” harassment and intimidation of state security agents for their work as an artist and defender of human rights “.

They also denounce that Otero Alcántara has been arrested more than 50 times since 2019 for his actions and advocating for the civil rights of Cubans.

“He has been the target of constant harassment, prolonged house arrest, interrupted telecommunications and smear campaigns by Cuban state media,” affirms the group, which also includes the Dominican writer Junot Díaz, the British artist and filmmaker Isaac Julien and the interdisciplinary artist, curator and writer of Cuban origin residing in New York Coco Fusco.

They add that the artist is being detained “solely for peacefully expressing his ideas through his art and for his non-violent defense of human rights.”

“We urge you to guarantee his immediate and unconditional release,” they say in the letter also signed by the Haitian-American writer Edwidge Danticat and the New York visual artist Juan Sánchez, among others, from a dozen countries.