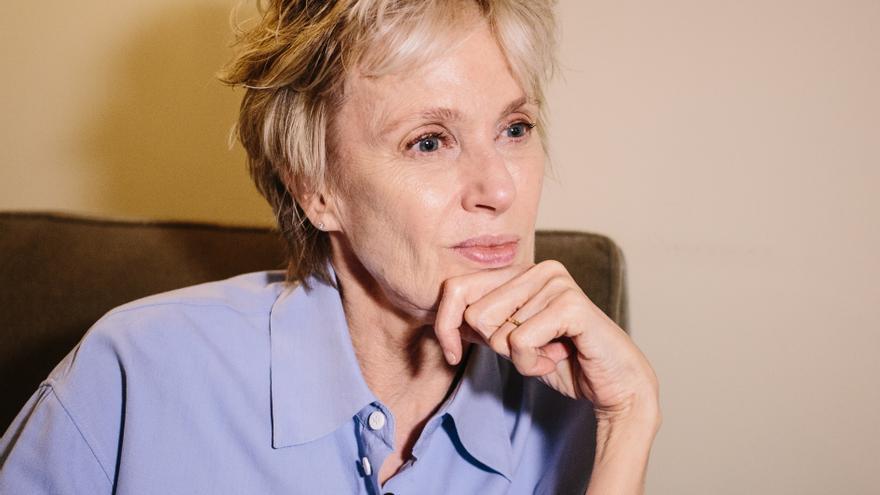 Barcelona, ​​Mar 17 (EFE) .- The American writer and essayist Siri Hustvedt, who analyzes the philosophical question of the relationship between body and mind in “The mirages of certainty”, believes that “it is unlikely that artificial intelligence can reach to emulate biology. ”

In a telematic presentation of the book from the United States, Hustvedt, 2019 Princess of Asturias Award for Literature, recognized that “incredible things are being done in the world of robotics, and there are already many actions that robots can and will do, as the recognition function and even they are already writing and getting better, far beyond a simple weather report. ”

In “The mirages of certainty” (Seix Barral), the author offers a journey through the scientific findings and philosophical currents that have marked more than 2,000 years of human history to take them to the limit, from disciplines as varied as neuroscience, psychiatry, genetics, artificial intelligence, and evolutionary psychology.

In the essay, Hustvedt dismantles topics about parenting, genetics, and provides insights on the prevalence of male authority, the challenge of artificial intelligence that we accept uncritically, or how we engage with technology.

He considers the dualist vision of Descartes that he saw the mind and the body as two separate worlds, and firmly affirms that “science without doubt cannot work, because the nature of the scientific method always starts from doubt, until the experiment it allows you to make a hypothesis, even if it is sometimes wrong. ”

In these times of pandemic, that “science and philosophy go hand in hand is more important,” argues Hustvedt: “We are in an unprecedented global emergency, perhaps only comparable to the 1918 flu, and other concerns are added to this situation. like climate change, and philosophy asks itself essential questions. ”

For this reason, he perceives that “only good scientists are influenced by philosophy” and gives as an example the Italian neuroscientist Vittorio Gallese, a regular reader of philosophy.

Faced with the mirages of the certainty of his title, Hustvedt thinks that death is the only certainty, and this thought has been exacerbated by the pandemic – in the United States more than half a million lives have been lost and they are usually the most disadvantaged, he recalls. -.

“We will not be able to turn the page of all this when the pandemic ends, what will happen, if we do not do an exercise of remembering and not forgetting.”

The pandemic, the author adds, has made her understand something that she had never been so clear about until now, “we always project the present into the future, and to function well we must have that imaginary future. Confinement placed us before the rarity of looking forward and not being able to fully imagine that future. ”

In his opinion, this blockade has been difficult and “explains many of the depressions that are emerging”, because “it is not normal not to be able to project the present into the future, and as time passes we will see its psychological consequences.”

It seems that we have forgotten the pandemic of 1918, and that teaches us, Hustvedt emphasizes, that “we must not forget history, remember the past, because it will help us collectively heal.”

Hustvedt combats ideas such as that biology is something static, such as that genetics marks us from birth as if it were a “dictator who creates and decides our traits”, but, in reality, “biology is not something written over a fire. stone”.

Hustvedt has also referred to the change in the political paradigm in the United States: “We have changed the president, the vaccination goes quite fast, I can notice a change in my mood, because I see that there seems to be something after the present.”

Although she does not believe that the ideology of Donald Trump has disappeared, she is “relieved that she does not have to listen to such rhetoric daily” and expresses the hope that “this relief plan from Biden will help the public and can perhaps mitigate that deep and cynical cynicism. that anger of the country, that dissatisfaction “that embodies the most conservative North American right.

Variaciones y ecos’, this is the collaborative experiment of Triángulo de Amor Bizarro