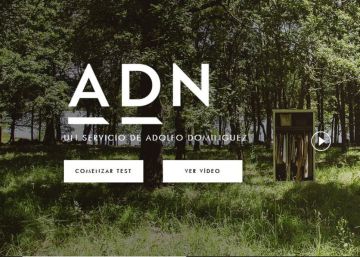 Europe cannot continue consuming as it has been doing in the last century. This is the idea behind the new Action Plan that the European Union launched last March to extend the life of products, protect the environment and, incidentally, defend the right of consumers to enjoy what they buy for longer. Virginijus Sinkevičius, Commissioner for the Environment, Oceans and Fisheries, expressed it with a graphic image: “We only have one planet Earth, but, if we continue at this rate, in 2050 we’ll be consuming like we had three”.

In the crosshairs of the European institutions is fashion, whose frenzied model fast fashion, based on the succession of seasons that run over each other, generates, in estimates of the European Union itself, some eight million textile waste in the territory, of which barely 20% is recycled. The rest end up in landfills or incinerated.

Something is changing, however, among the main fashion brands, and it is doing so hand in hand with the latest technology. At the end of July, Adolfo Domínguez highlighted a fact known among brands: 80% of the time, customers barely use 20% of their wardrobe. Therefore, the firm made available to the public ADN, an artificial intelligence tool that provides personalized advice to each user, based on statistics and algorithms, so that they only acquire what they really need and like. Despite its apparent complexity, the operation of the system is quite simple.

First, artificial intelligence itself learns from the tastes of customers from an online questionnaire so that, later, Adolfo Domínguez’s personal shoppers translate these preferences into a few recommended garments. Afterwards, ADN offers customers the clothes chosen by other consumers with similar tastes, so the more time passes and the more surveys it receives, the more it refines this intelligence.

For Adolfo Lozano, consulting and solutions manager at Medallia, a company specializing in improving the customer experience, accumulating information of this type is the key for the coming years: “The future of management involves artificial intelligence to generate competitive advantages “, Explain. And it goes further. If the brand has the possibility that the source of these responses is not a survey, but an automated telephone interview, it will obtain more information. “If it has the capacity to handle unstructured information sources, the potential for improvement grows a lot,” says Lozano .

Customers, explains José Miguel Rico, distribution partner at IBM, are increasingly used to these processes: “Emerging technologies such as virtual reality, blockchain or 5G are increasingly present in purchasing habits, which implies new opportunities ”. As a consequence, more and more fashion brands want to incorporate these technologies, something that reflected the latest report carried out by IBM itself together with the National Retail Federation of the United States, where 85% of retail companies plan to use technologies that automate and optimize their supply chain by 2021.

“Although the trend towards sustainable fashion is not yet generalized in all firms, given the latest instructions from Europe, those who do not go that way yet must do so”, Analyzes Carmen Valor, professor of marketing at the Universidad Pontificia Comillas who in recent years has studied the concept of sustainability.

It is not the first time that a large fashion brand has used artificial intelligence to improve its service. In 2017, Dior launched Dior Insider, a technology that held conversations with customers through Facebook Messenger in which, while guiding them about their purchases, it learned about their tastes.

In this case, it was the Dior service itself that started the conversation by calling the user by name and asking a simple question: “Are you one of Dior’s privileged customers?” If the answer was negative, the talk ended with a: “It’s only a matter of time …”. If it was positive, on the other hand, Dior Insider then opened up to the customer a wide range of options to find out more about the product they were looking for, a task to which they linked whenever they saw fit, for example, videos with tips from Peter Philips, creative director of Dior Makeup, or invitations to visit the firm’s beauty counters.