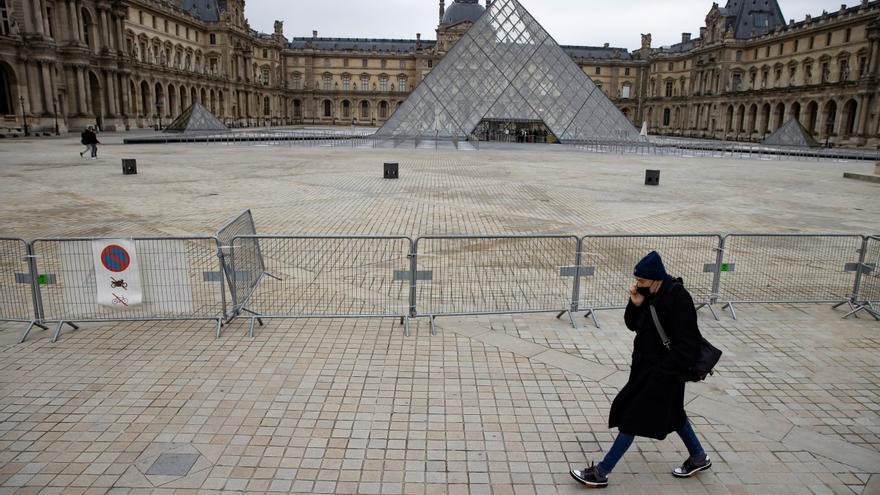 For months not a soul has stepped on Machu Pichu, the Parthenon, the Great Wall, the Sistine Chapel or the galleries of the Louvre; museums and emblematic sites around the world say goodbye to a 2020 in which they have seen all their forecasts vanish.

Just a year ago, the situation was diametrically different. Many museums and archaeological sites in the first months of the year exceeded their forecasts, such as the Louvre in Paris and the Prado in Madrid, which registered more public than in the previous year, boosted by expensive macro-exhibitions.

Confinements, international movement restrictions and reduced capacity have ruined all 2020 forecasts, and 2021 does not look much better. Currently more than half of European museums have been closed since the second wave when the world is threatened by a third.

Efe reviews the situation of the most emblematic historical enclaves and art centers in the world.

ITALY, AMONG THE MOST AFFECTED

Italy, one of the countries with the most cultural attractions and also one of the hardest hit by the pandemic, has seen some of its most iconic attractions in 2020 replace the masses of international tourists with a handful of visitors, almost always nationals.

The Vatican Museums have suffered the same disaster, which have lost 90 percent of their income. From 7 million euros and 6.75 million visitors in 2019 they have gone to 1.3 million visits and close to 700,000 euros a year later, a drop of 90 percent.

Italy closed all its art centers and museums during the first wave and did so again on the occasion of the second, so they are currently closed.

LA TATE: LONDON WILL NOT RECOVER UNTIL 2024

The four Tate museums received only one million visitors in 2020, one-eighth the number in 2019. This setback translates into losses of their own revenue of some 56 million pounds (62 million euros).

The institution has announced that it will have to cut 12% of its workforce (about 120 jobs) to “survive the crisis”, something that other major museums such as the Guggenheim in New York have also announced. The road to recovery “will be long”, says its director, Maria Balshaw, who believes that London tourism will not reach previous levels “until 2024 or 2025”.

The imposing Acropolis has suffered a similar fate as other sites, the masses of tourists disappeared with the confinement and with the reopening they did not return. According to the Hellenic Statistical Authority (Elstat), the archaeological site received 374,520 visitors from January to July, a drop of 81.5% compared to the same period in 2019, revenues have been reduced in line, to 3.2 million euros, 88.3% less.

The Metropolitan Museum of New York, the largest in the United States, estimates that its losses last year will be about 150 million dollars (about 122.4 million euros). In the fiscal year 2020 (which spans 2019 to June 2020), the number of visitors decreased to 4.1 million, compared to 6.3 in the previous period.

The museum’s director, Max Holloin, acknowledged to Efe in August, when the museum reopened, the difficulties the institution was facing. It would reopen with a capacity of 25 percent: “I don’t even think we’ll get to that,” he confessed, given the lack of foreign visitors.

Russian museums suffer a similar setback. The Hermitage, the second largest museum in the world, has gone from 4.9 million visits (2019) to just 836,000 this year; the Pushkin does not reach a third compared to the previous year (1.5 million compared to half a million) and the Tretyakov Gallery touched one million visits, compared to 2.8 million a year earlier.

While the rest of the world was confined in March, in China they did so in January. The Great Wall, one of its most visited tourist attractions, closed at the end of January and reopened in spring, in sections.

The security measures that were imposed in the repair to visit the emblematic construction were very meticulous.

In the Badaling section, the closest to Beijing and one of the most visited, it was the first to receive tourists under strict security measures. To the limited capacity and the obligation to wear a mask, an access with three temperature controls and two QR code controls on the mobile were added to certify the good health of the visitors.

PARIS LOSES THREE OF EVERY FOUR VISITORS TO ITS MUSEUMS

French museums have suffered two lockdowns in 2020 and are currently closed.

The year began with extraordinarily positive data for the Louvre, the most visited in the country: in the first two months of 2020, the Leonardo da Vinci exhibition increased visits by 17% compared to 2019. But the pandemic has made it lose in 72% of the total visitors compared to 2019: from 9.6 million to 2.7 million visits.

The Pompidou traces the statistics, has also registered a 72% less influx and records losses of 20 million euros (24.5 million dollars), which has been able to compensate with the postponement of exhibitions (11 million) and the departure of 9 million euros provided by the State.

In 2020, only 3.6 million people visited Egypt and 2.3 million of these people did so in the first two months of the year, before the outbreak of the pandemic. In 2019, the figure was multiplied by 4.

“We started a very successful 2020 and in mid-March everything stopped,” Egyptian Minister of Antiquities and Tourism, Khaled al Anany, told Efe in June.

The country’s cultural tourism had not yet recovered from the deep crisis that began with the 2011 revolution and has not yet managed to recover the 14.7 million tourists who visited the country in 2010, although the data progressed year after year.

The pandemic has put an end to the inauguration of the Great Egyptian Museum (GEM), which was scheduled to open its doors at the end of 2020 next to the pyramids of Giza, and which will do so on a date yet to be determined in 2021.

The main Spanish museums have lost an average of 70 percent of visitors in 2020, data that correspond to the fall in tourists, confinement and capacity restrictions. Spanish museums remain open despite the fact that Spain is one of the countries hardest hit by the second wave and sees the third arrive.

The Prado Museum, the fifth largest museum in the world, estimates a loss of 20 million euros (24.5 million dollars) for 2020, and in the Reina Sofía, where the famous “Guernica” by Picasso is located, the The revenue from ticket sales has gone from more than 5 million euros ($ 6.1 million) in 2019 to just one million ($ 1.2 million) in 2020.

Some private museums such as the Joan Miró Foundation in Barcelona have gone through a difficult situation due to the fall in tourism and have had to ask public and private institutions for help to ensure their survival.

MEXICO: CHICHEN ITZA LOSES TWO OUT OF EVERY THREE TOURISTS

One of the main tourist attractions in Yucatán closed from April to September. In the whole year it only received 823,165 visitors, according to the monthly statistics of the National Institute of Anthropology and History (INAH), while in 2019, 2.3 million did.

Machu Picchu, the tourist jewel of Peru, has seen only 274,561 visitors walk through its walls this year, a figure well below the 1.5 million the previous year, and which represents an 80 percent drop in influx.

The famous archaeological site closed in March and reopened in November, although with a capacity of 50%. Only 2,244 people can visit it a day. Losses due to the lack of visits translate into more than 160 million soles (about 44 million dollars, almost 40 euros) of income, according to data from the Ministry of Culture of Peru.

THE NETHERLANDS: THE RIJKSMUSEUM LOSES 1 MILLION EUROS PER WEEK

The Rijksmuseum in Amsterdam, which remains closed due to second wave restrictions, is one of the most visited museums in Europe for its works by Rembrandt and Vermeer, but in 2020 it welcomed a quarter of the total number of visitors from the previous year: they only attended 675,000 people attended its exhibitions compared to 2.7 million in 2019, the lowest number of visitors since 1964.

Before, most of those interested in the museum were foreign tourists, now half of the public in the art gallery are children on school trips (20%) and residents of the city (26%).

The museum estimates that it loses 1 million euros (1.2 million dollars) per week – compared to 2019 – but it has managed to make it through the year thanks to the support of the Dutch government, which made nearly 300 million available to museums of additional euros (367.4 million dollars) to support the cultural sector in 2020. EFE