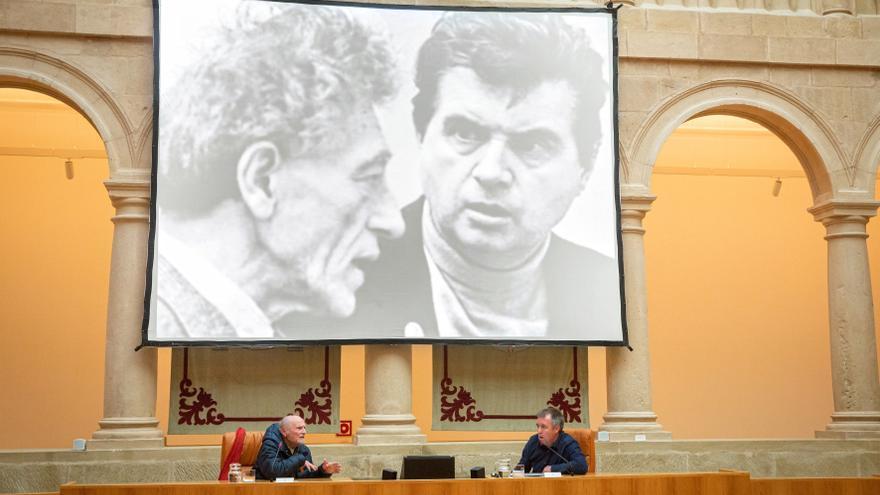 Logroño, Apr 16 (EFE) .- The painter, sculptor and 1985 Prince of Asturias Award for the Arts, Antonio López, considers that "art is very good; sometimes, it is a poison, but necessary; and how do you take it? ?, It is very difficult".

Antonio López (Tomelloso, Ciudad Real, 1936) has made this reflection in his speech this Friday, in Logroño, in the colloquium "Art, an itinerary in continuous return", activity prior to the ruling, tomorrow, Saturday, of the 12th National Contest of Painting of the Parliament of La Rioja, of which he is president of the jury.

The Velázquez Prize for Plastic Arts in 2006 also explained that, although he has always tried to “eliminate excessively painful and negative things in the world”, he sometimes thinks that he does not have to be “afraid of representing them” in his work.

Regarding his work, he has stated that he tries to achieve “balance”, which is “difficult” for him as a “person prone to imbalance”.

He added that he feels "a painter who has a bad time, who gets up with difficulty, and thinks about how difficult it is to paint. I have always been, but people did not realize it", since there was something in society that It marked a path for him, but, today, "you never know if you are really on your way," he stressed.

From his point of view, artists, today, are "always in a fragility", while, before, "there was greater certainty of what had to be done."

Regarding the work "Las meninas" by Velázquez, which "is at the very top of Spanish painting", he has considered that "it is a very difficult painting" and has assured that, for him, "the greatness" of the painting "La Gioconda "Is that" it is the soul of Leonardo da Vinci ", its author.

"Art always works with very striking elements, be they exterior or interior, be it Titian with those ladies with velvet, or El Bosco, presenting those terrible premonitory dreams that we all carry inside our heads", he specified.

López has commented on his work "Carmencita playing on the terrace", which is "a testimony of Tomelloso's life at that time, of how the children were, the cold, what the roofs were like and how people lived and worked".

For him, “the heat there is” when he paints Tomelloso, his hometown, is due to the fact that “he was in love with everything that had to do with this town”, and despite the fact that Madrid seemed to him an “ugly and ramshackle, the big city has something very impressive ”.