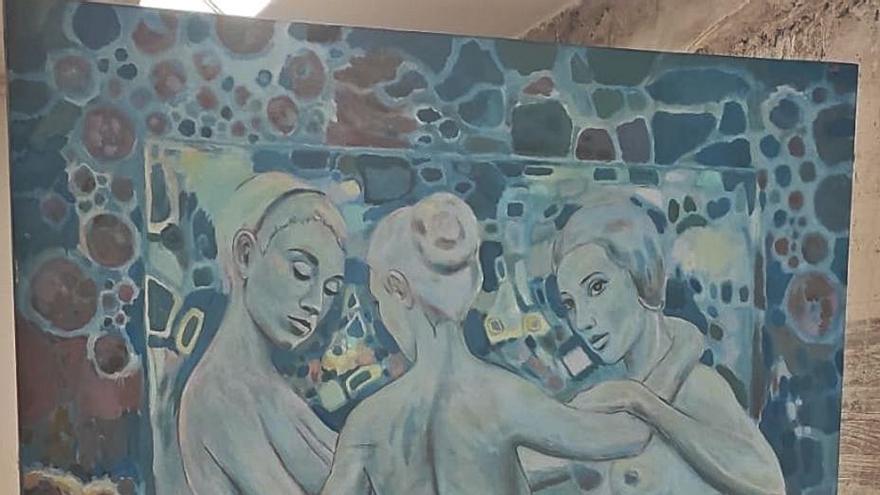 The first act in the morning, at 10:00 a.m., welcomes the second tribute contemplated in the Strategy for the Historical Memory of sexual and gender dissidence in the Canary Islands, promoted by the General Directorate of Diversity of the regional Executive, and that promotes significance of places and monuments linked to the trajectory of the LGTBI + movement since Franco's repression in various emblematic places of the Archipelago.

After a first commemorative plaque in Parque Santa Catalina, inaugurated on May 17th on the occasion of the International Day against LGTBIphobia, this anniversary takes another step towards the recognition and repair of memory with a second badge at the Don Vicente Sports Complex López Socas, erected during the transition on the scene of the first acts of the recently created Colectivo de Hombres y Mujeres Homosexuales de Canarias.

In the afternoon, at 6:00 p.m., the Pepe Dámaso Cultural Center, located in the capital's La Isleta neighborhood, raises the curtain on the Arte Diverso exhibition, curated by the designer and couturier Julio Vicente Artiles, a benchmark of the capital's Carnival that treasures a extensive experience as a curator of exhibitions. This exhibition project, which can be visited until July 12, brings together an artistic miscellany of a multidisciplinary nature by a list of artists and graphic designers consecrated in the plastic panorama of the islands: Pepe Dámaso, Román Tavío, Berbel, Carmelo García , Salvador Santana García, Héctor Hernández, Feroz, Jvart, Rocco Cardinale, Alecs Navío, Ranchorocket, Martingala Diseño, Pedro Urbistondo, José Moreno Ojeda and Elia Verona.

In this sense, Vicente points out that "art is art, it has no gender, so the interesting thing is that this diversity occurs because each artist puts one or two pieces from his own universe." "And the result is a demo of what each participant wanted to contribute, but which makes up a very beautiful, simple and harmonious exhibition," he adds.

For the curator, the challenge of forging this exhibition in record time "has been like facing any other creative style, where the fundamental thing has been to provide the exhibition with internal coherence, but that includes a stylistic plurality and a contemporary aesthetic or look" .

Once inaugurated, the cultural center will hold a colloquium with various artists of relevance to the world of culture and the LGTBI + movement in the islands, with free admission until full capacity is reached. And as a finishing touch, tonight different public buildings with the LGTBI + flag will be illuminated in the capital of Gran Canaria, such as the Town Hall, the Onda Atlántica catwalk or the Alfredo Kraus Auditorium.

Inauguration of a new plaque in recognition of the historical memory of the LGTBI + movement in the Don Vicente López Socas Sports Complex, a place of significance for the group as it became during the transition the scene of the first acts of the newly created Collective of Men and Women Homosexuals from the Canary Islands.

An art exhibition will be inaugurated at the Pepe Dámaso Center, after which a discussion will be held with several artists of special relevance to the world of culture and the LGTBI + movement in the islands.

Tonight different public buildings with the LGTBI + flag will be illuminated in the capital. Among them, there will be the Town Hall, the Onda Atlántica Catwalk or the Alfredo Kraus Auditorium.

'Proud of you'. The whole month

The motto Proud of you is still visible throughout the city, in order to increase awareness and involvement of citizens in LGTBI + rights. The image of the campaign appears on five vehicles of Guaguas Municipales and 20 sitycletas, as well as on street furniture.