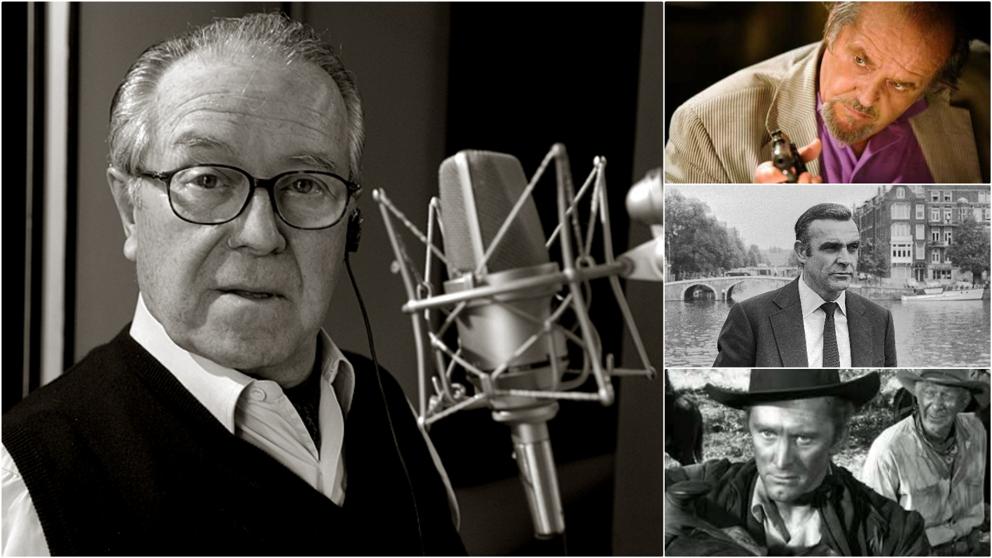 The legendary voice actor Arseni Corsellas, who put voice in Spanish and Catalan to film legends like Jack Nicholson, Kirk Douglas, Sean Connery, Burt Lancaster, Rock Hudson, Richard Burton or Nick Nole, among others, has died at age 86 , as reported by the dubbing artists' union of Madrid on Twitter. Corsellas was also the voice of Humphrey Bogart in the second dubbing of Casablanca.

His voice was "very serious", as stated in his specialized web page eldoblaje.com, in which you can also see that the first dubbing he made was in the 1957 film Luminous peaks, in which he gave voice to a young mountaineer. The last, The school of Life, of this same year.

Between one and another, more than 1,000 films: James Bond's Diamonds for eternity or Never say never to Jack Nicholson of Infiltrates, going through the Kirk Douglas of Gallows Road.

Born in Figueres (Girona) in 1933, Arseni Corsellas, he had received the Golden Lectern award from the hand of Alfredo Landa.

What performances are confirmed in the Grammy 2020?

Goyas 2020: Benedicta I, the one that doesn’t burn | Culture