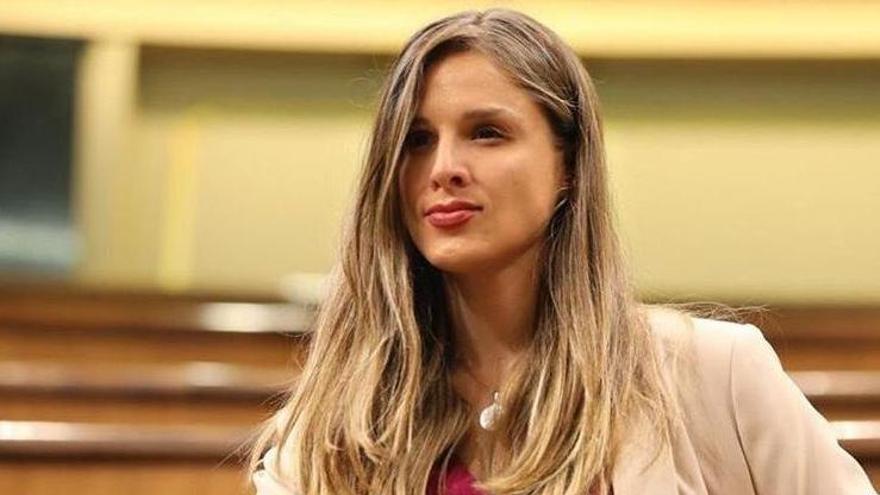 Like Albert Rivera, his successor Inés Arrimadas has decided to sign former leaders of other political parties in order to expand her voter base. But the bet that has just been announced by Ciudadanos in a statement has surprised, since one of these signings is that of Malena Contestí, the former Vox deputy for the Balearic Islands who a year ago abruptly left the far-right formation assuring that “Vox does not it is a party, it is demagoguery, homophobia and confessional proselytism. ” Contestí’s signing occurs a few days before it is debated in Congress the motion of censure against Pedro Sánchez presented by Santiago Abascal.

In addition, the former deputy for Zamora of the PSOE Jesús Cuadrado, who had already participated with the party in some acts of the electoral campaign together with Arrimadas, joined Ciudadanos; and the Alicante José Miguel Saval, ex-parliamentarian of the PP. The two had also left their respective parties and have now decided to join Inés Arrimadas’. The leader of Ciudadanos will present her three signings, highlighting her desire to “defend the values ​​of liberal training without complexes”, in a telematic event scheduled for this Saturday to which “hundreds of affiliates” will attend.

In the note released to the media, the party highlights that “Ciudadanos adds former members of different parties committed to moderation, the center and equality among Spaniards, after all of them decided to defend the values ​​of the liberal formation without complexes” . “The three are united by the will that the center and moderation have a strong representation in Spain, as well as the defense of freedom and equality that Cs has championed since its birth in 2006”, they add.

Those from Arrimadas boast that with this movement, Ciudadanos “once again shows that it is the only party in Spain capable of uniting people of different political sensitivities around a common project, focused on the general interest of Spaniards over and above the differences”. Above all, they highlight, “at a time of political polarization fueled by bipartisanship, populism and nationalism, more and more Spaniards are looking for a center party that defends the spirit of the Transition and the values ​​of the Spanish Constitution that it has allowed us to live the longest period of peace in our history. ”

They also highlight that “both Jesús Cuadrado, José Miguel Saval and Malena Contestí have seen how their previous matches, for one reason or another, have contributed to moving away from the solutions and the general interest of Spaniards” and “faced with this scenario, they have decided to break with their political parties and take a step forward to defend the unity among Spaniards and the defense of constitutional values ​​at the hands of Inés Arrimadas “.

“All of them agree that Cs is the only party that defends equality and freedom among Spaniards without any complexes and champions the fight against populism and nationalism in our country,” they settle.