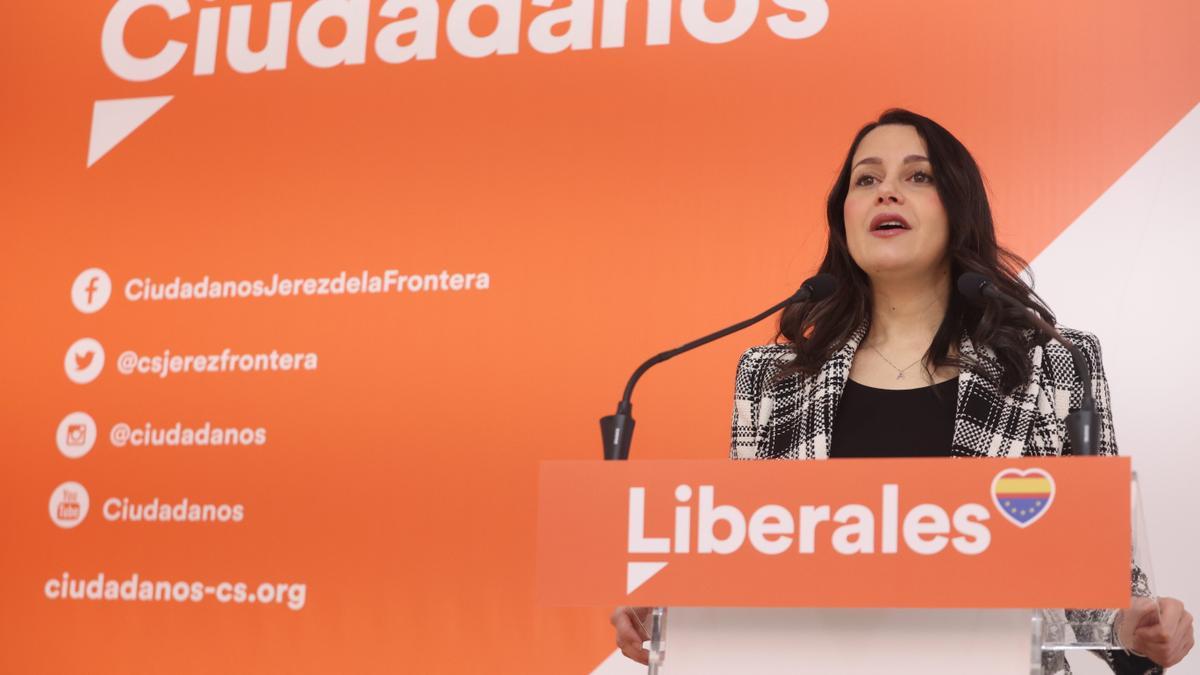 The president of Ciudadanos, Inés Arrimadas, has left the door open to the possibility that her parliamentary group supports the labor reform agreed between the Government and the social agents, although she has warned that "it may get worse" if Pedro Sánchez "makes concessions to their nationalist partners. " As he advanced this Monday at a press conference, "Spain needs a modern labor reform to stop leading the precariousness rates" so it has offered its votes to the Government in order to show that there is "an alternative way" to approve in Congress the text, whose current terms do not displease Citizens.

However, and although it has not yet revealed the meaning of the vote of its nine deputies, it has warned that the reform "may be susceptible to worsening" during the proceedings in Congress if Sánchez "gives in to the demands of his nationalist partners."

"You already know that the best thing for us would be a liberal, modern, innovative and European reform that focuses us and allows us to converge for the first time with the rest of European countries," he said, criticizing the stages of "unemployment and precariousness" that have young people lived, especially in Spain both with the governments of the PP and those of the PSOE.

"But we must recognize - he added - and one can come up with a song in the teeth taking into account this populist government and with communism inside, that this reform has been a bluff with regard to the promises that this Government had made, "noting that even" Pablo Casado himself has recognized that not even 10% of the labor reform is being touched "in force until now. Moreover, he has recognized that the reform" maintains practically everything of the previous one ", beyond" some small changes "and that, of these," some are positive and others are negative ".

"As liberals we are saddened that an opportunity to carry out a good, ambitious and modern reform that brings us closer to Europe is lost," Arrimadas insisted. But, having said this, he has warned: "the real danger we have now is that this reform will worsen in the Government's pact with the separatists. Bildu, ERC and the BNG have already said that they want to make a common front obviously to cut more and to worsen the labor market in our country ".

Arrimadas has advanced that Ciudadanos "is going to work to stop" that possibility, "to stop the separatism that wants to worsen and cut even more the Spanish labor model." "For that we will make a common front with the interests of the Spaniards", he has settled, in reference among other things, to the possibility that the autonomous collective agreements prevail over the state, as these groups have requested.