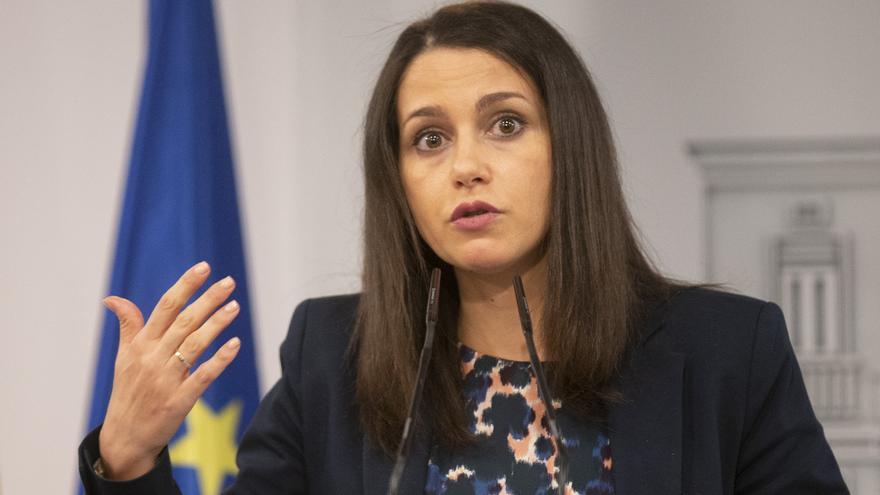 Ciudadanos will support the creation of an investigation commission on Operation Kitchen, requested by the PSOE and United We Can to investigate the alleged use of media from the Ministry of the Interior in the stage of Mariano Rajoy to favor the interests of the PP. This is what Inés Arrimadas has assured in an interview in RNE, in which she has stressed that her party has always supported and will support the investigation of “serious cases of corruption that are in court.”

The Ciudadanos leader has waited for the initiative to be underway to position herself in what supposes a distancing with her Government partners in Madrid, Andalusia, Murcia and Castilla y León, however, she has expressed her opinion that she does not believe that this support Investigating the PP spying on former treasurer Luis Bárcenas is going to affect his relationship with the popular people because he recalled that his party “has always established anti-corruption requirements” to close any pact. Although their relations with the PP in Madrid are not optimal, for the moment they have cooled the possibility that they will facilitate a motion of censure by the PSOE against the Executive of Isabel Díaz Ayuso, of which the regional leader Ignacio Aguado is vice president.

Shortly after the Arrimadas interview, the popular have asked Ciudadanos not to support this initiative that surrounds the organization. The national spokesman, José Luis Martínez-Almeida, has urged his government partner at the Madrid City Council to reconsider his position so as “not to be an accomplice in the search for a political lynching.” “I ask you to do an exercise of reflection and see if it is worth associating with United We Can, the PSOE and the investiture partners when no one doubts that it has no other purpose than to exercise a political lynching of the current leadership of the PP”, has pointed out by the Madrid mayor in an interview on esRadio.

However, Arrimadas has also demanded that Pedro Sánchez not block the investigation of Podemos and has criticized that the PSOE is “covering it up” by refusing that Congress also open a commission on the financing of Iglesias’ party, “diverting attention” with that of the PP. “It is incredible and regrettable that the government does not vote in favor of the Podemos corruption investigation commission, but nevertheless quickly presents another commission against a party that is in the opposition,” Arrimadas has censored

During the interview, he announced that this Friday they will present a series of questions to the Government asking for explanations for the complaints of the former Podemos lawyer, José Manuel Calvente, who denounced the party for alleged irregular financing and who now denounces threats from this party. Citizens, Arrimadas pointed out, also wants to know if the Executive is protecting “these complainants of corruption. The Prosecutor’s Office asked on Tuesday that Podemos be investigated for the contract with a consulting firm and crossed out the rest of the accusations of his ex-lawyer of “rumors”.

Subsequently, the party’s leadership has issued a press release in which they emphasize that “in Ciudadanos we have zero tolerance for corruption”, while recalling that this Thursday “the former lawyer of Podemos, a party in the Government of Spain charged with related crimes with corruption, he recounted the threats he is facing for denouncing these corrupt practices and that he fears for his integrity. ” “PSOE and Podemos have already vetoed that this matter can be investigated in a parliamentary commission in Congress. From Ciudadanos we will not stop taking this matter to the Lower House,” they explain, to then specify that they have registered a battery of questions to the Government to, among other things, to know “if you are aware of these threats, what measures you are taking in this regard and what you intend to do to protect Calvente and all the complainants of corruption.”

“Ciudadanos reiterates its commitment to protecting corruption whistleblowers and we remind that corruption must always be pursued. It is not worth that the parties that support the Government of Spain want to investigate only the cases of the PP while blocking those that affect Podemos, nor vice versa. In Ciudadanos we will always investigate all corruption “, they settle.