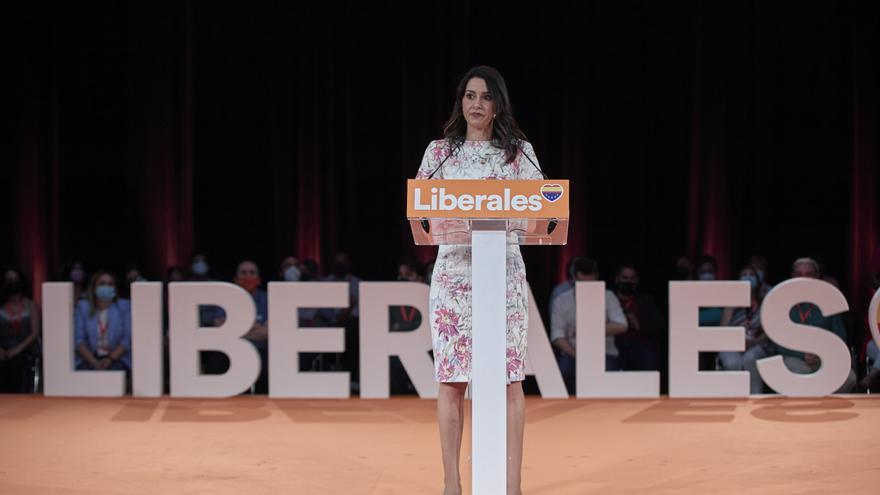 Inés Arrimadas has closed this Sunday the Political convention held this weekend Ciudadanos en Madrid turning the page to the stage of his predecessor, Albert Rivera, whom he has not mentioned even once during his speech of more than an hour. The former leader of the formation refused to participate in this conclave, claiming that he is no longer in the political front line – despite the fact that several members of the current leadership invited him to the event – and has appeared only once in a fleeting way in a video during the day of closing.

In his speech, Arrimadas reviewed the party’s 15 years of existence, emphasizing in a generic way that it was “founded by a group of brave men.” The leader of the formation has claimed the existence of Ciudadanos because she believes that the political project it represents “is more necessary than ever.” “We have to work for society because we are essential,” he insisted. “We can not throw in the towel,” he told his people. “I want this convention to be one of conviction. This convention has to be a starting point, it has to be the one that relaunches the liberal project in Spain,” he added. “I want Ciudadanos to be the party of hope, the one that gives hope to the people.”

After thanking the militants for their contributions and their participation in this conclave, Arrimadas has insisted, as he did on the previous day, on the “liberal” nature of the training. “We cannot have a better motto than ‘liberals’ because that is what we are, liberals; it is the best word that defines us, the one that unites us and the one that represents us.” “We are truly liberals, with a capital letter, for everything and above all,” Arrimadas reiterated, adding that they leave this meeting “more convinced than ever of belonging to this great political project.”

The leader of the formation has not stopped emphasizing the role that the party has to continue playing against “bipartisanship, populism and independence.” “This party represents a useful project for Spain. We are not an end in itself. We cannot look at our navel. We are a good party and a good government party. We govern well, very well and we have demonstrated it,” Arrimadas claimed , taking advantage of the moment to highlight the work that in his opinion they are carrying out in Andalusia together with the PP, one of the few important coalition governments that remain, along with that of Castilla y León and that of the Madrid City Council.

In his speech there was no lack of words of encouragement for the militancy and for the leaders of his party, who are seeing their ranks diminish, either because there are casualties or because they are going to the PP. He has asked both of them to face this new stage with strength in order to overcome the bump they are going through. “They have not made it easy for us, nor will they make it for us, but it doesn’t matter, we have to keep working,” he said.

Although the self-criticism has been minimal, since that was not exactly the end of the conclave, during Saturday’s day Arrimadas and Bal herself recognized certain “mistakes” committed throughout these months. “It is not difficult for me to say it. It is not difficult for us to say that we have made mistakes and that we must take advantage of the successes of other parties,” Bal said in his welcoming speech, later emphasizing that the party “has not been able to communicate well” the good management made by the leaders of Ciudadanos in the coalition governments, in reference to Madrid.

Already close He had highlighted the day before that Ciudadanos is a different formation than the PP and other parties. “Everyone else has been involved in corruption and we have not.” “Spain would be a worse country without us, a country given over to bipartisanship and populism. We are, therefore, the right party,” he added, insisting on the need to continue maintaining representation in the institutions to “make reforms” and “pacts. of State”.

If on Saturday those attending the conclave debated under the headings of ‘science and the Green agenda’, ‘renewing Europe’ and ‘the center is necessary’, this Sunday the day was dedicated to two other presentations: ‘the Spain of freedoms and rights’, with journalists David Mejía, Maite Rico and Anna Grau; and ‘the Spain of the future’, in which María Blanco, Benito Arruñada and Rafael Doménech have intervened under the coordination of deputy María Muñoz. The party has left the presentation of the conclusions of these presentations to make them known “later”.