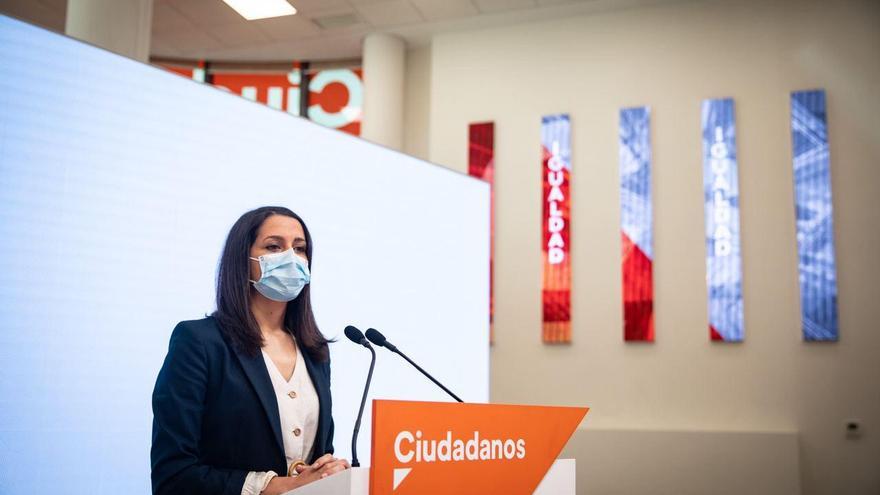 Inés Arrimadas has confirmed her willingness to negotiate with the Government the General State Budgets (PGE) for 2021 despite the warnings from Podemos, which has conditioned her support for the next public accounts on the fact that Sánchez does not agree with her party, an issue on the one who has preferred not to delve into the first press conference that he has offered after finishing his maternity leave. “I am not going to go into the internal problems that the Government has. But I am convinced that Podemos likes more to negotiate with Bildu and ERC than with Ciudadanos,” she said, adding that she is sure that “the vast majority of Spaniards prefer that these budgets be conditioned by Citizens “which is the party that will guarantee” solutions to their problems. ”

The Citizens’ leader has announced that she will go to Moncloa next Wednesday to meet with Pedro Sánchez with a “constructive spirit” to sit down and talk “responsibly” about “good and sensible” budgets, so it will be “very demanding.” Arrimadas believes that the serious situation our country is going through with the outbreaks of Covid-19 requires that the parties “put aside the partisan struggles” and focus on finding “the best solutions for the Spaniards” who are going through it. wrong. For this reason, she considers that the round in Moncloa with the opposition leaders that the president begins this Wednesday “cannot be another meeting between the president and the opposition leaders because we are not in a normal situation.”

“We have the worst data in Europe, the outbreaks are soaring and the economic forecasts are the worst in the entire OECD,” he lamented. “But we can reverse the data if we work together, if the government corrects errors and we put aside the partisan struggles,” Arrimadas insisted.

One of the “priority” issues that will be raised by Sánchez during his visit to Moncloa will be “going back to school” so that it is “a logical transition under conditions of security” and “with a single strategy at the national level and no 17” to face the pandemic and outbreaks. In his opinion, the situation requires coordinated criteria between the Autonomous Communities and the central government, which “continues to have powers in education, although they are shared.” “We ask Sánchez for leadership and coordination,” he has settled.

In addition, he will ask the President of the Government to extend the ERTEs that decline at the end of September because he believes that it is the only way to guarantee minimal economic conditions to many families who are having a very bad time in this crisis.

What they will not enter is the negotiation of the members of the General Council of the Judiciary, which the PSOE has tried to negotiate with the PP, so far without success. Arrimadas recalled that his party wants to reform the system of election of judicial bodies, and has reproached the two major parties for thinking about this “distribution of stickers”, as Citizens consider it, while there are much more urgent issues to address.