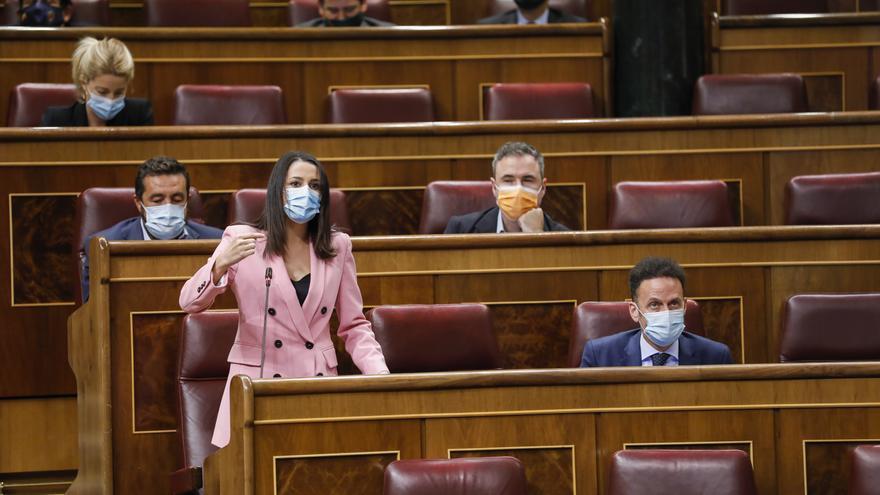 The president of Ciudadanos, Inés Arrimadas, issued an ultimatum to the President of the Government, Pedro Sánchez, on Wednesday, asking him to “choose” which are the parties with which he wants to agree on the Budgets, if with the force that is said ” liberal “, now inclined to agree with the Executive, or with” a radical agreement “with the pro-independence parties.

“The moment of truth has come, you have to choose,” Arrimadas told Sánchez during the government control session in the Congress of Deputies. “If they agree with us they will be more moderate economically, if they agree with Bildu and ERC there will be more separatist concessions,” the president of Ciudadanos has warned, who has considered that “you cannot go two ways that go in the opposite direction” .

“Politics is much more than empty phrases,” the chief executive replied, immediately afterward. “This is not about going against each other, we need each other,” he stressed, alluding to the idea of ​​variable geometry with which the Government justifies its agreements with different political forces.

However, Sánchez has issued a warning to Arrimadas: “We are not going to accept any crossed veto and we are going to dialogue with all parliamentary forces.”

Previously, the President of the Government had maintained a new scuffle with the leader of the PP, Pablo Casado, due to EH Bildu’s predisposition to support the Budgets, despite the fact that the PSOE has insisted that there is no formal agreement with the independence formation . According to Casado, the Bildu members were the ones who “pointed out those whom ETA later killed.”

“There are socialists who are nauseous to hear that they are their partners,” the leader of the PP stressed, before considering that the pacts “are going to haunt Sánchez all his life.” Casado has come to accuse the chief executive of making a pact “with Hipercor”, alluding to the bloody attack by ETA, which killed dozens of people in the attack that occurred in 1987 in the aforementioned Barcelona shopping center.

Sánchez, in his reply, has reminded Casado that the use of ETA or Catalunya against the Government is “the old book of the PP when it is in the opposition.” After recalling that the processing of the Budgets has been endorsed by the vote of 198 congressional deputies – those who last week rejected the amendments in full – the Prime Minister has accused the PP of practicing “the politics of Trumpism.”

They tell lies fake news, disinformation, they lie without shame, as Trump, you do not recognize the electoral defeat, they have labeled this government illegitimate. They follow the technique of Trumpism very closely and will have the same end, electoral defeat, “Sánchez concluded.