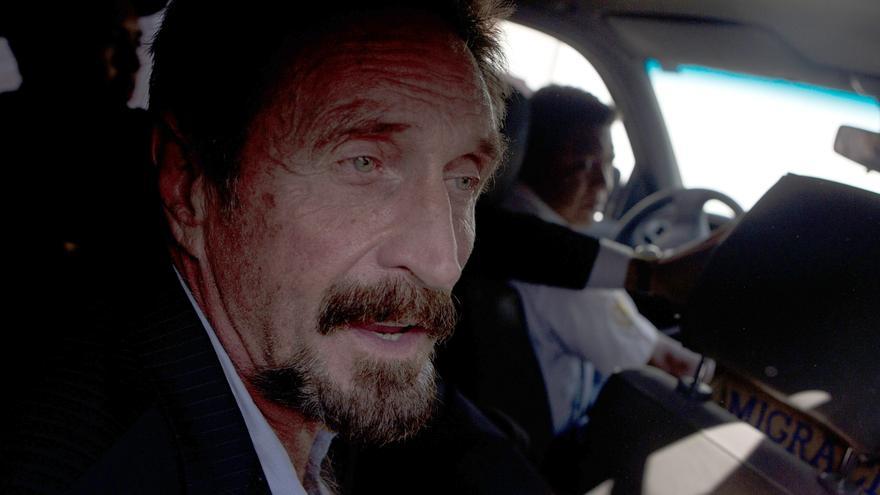 The National Police have arrested at the El Prat airport, in Barcelona, ​​the American tycoon John McAfee, creator of the famous homonymous antivirus, who was in search and capture by the United States for a crime of tax evasion. McAfee’s arrest took place last Saturday, October 3, when he was getting ready with two other people to catch a flight to Istanbul.

The United States Department of Justice has assured that it is being investigated for the crimes of tax evasion and international omission of filing tax returns. According to the US Attorney’s Office, McAfee made millions in revenue promoting cryptocurrencies, consulting jobs, lectures, and selling the rights to his life story for a documentary.

These activities generated considerable income, despite which between 2014 and 2018 he did not file tax returns. Therefore, the indictment alleges that McAfee tried to evade the Tax Collection Service (IRS), the US Treasury, by hiding assets, including real estate, a vehicle and a yacht, on behalf of others.

If found guilty, he would face a maximum penalty of five years in prison for each count of tax evasion and one year for each count of not filing taxes. McAfee also faces a period of supervised release, restitution, and monetary penalties.

The US authorities, according to CoinDesk reports, put the benefits derived from McAfee’s suspicious activities at more than 23 million dollars, between payments for promotions and the value of cryptocurrencies owned.

McAfee was in Spain during the State of Alarm and had several clashes with the authorities for refusing to comply with security measures and wearing a mask. This same summer he took the opportunity to travel to Catalonia and, according to the magnate, explore “new business opportunities”.

McAfee, who was carrying a United Kingdom passport, was identified last Saturday at around 9:00 a.m. Once the police bases were consulted, the authorities notified that his identity had been indicated by Interpol of a search and capture for his immediate extradition to the United States for a crime of fraud.

At that time he was arrested and last Sunday he was made available to the central investigating court number 5 of the National High Court through the El Prat de Llobregat guard court by videoconference. After taking a statement, the magistrate ordered his admission to preventive detention in the Brians prison.