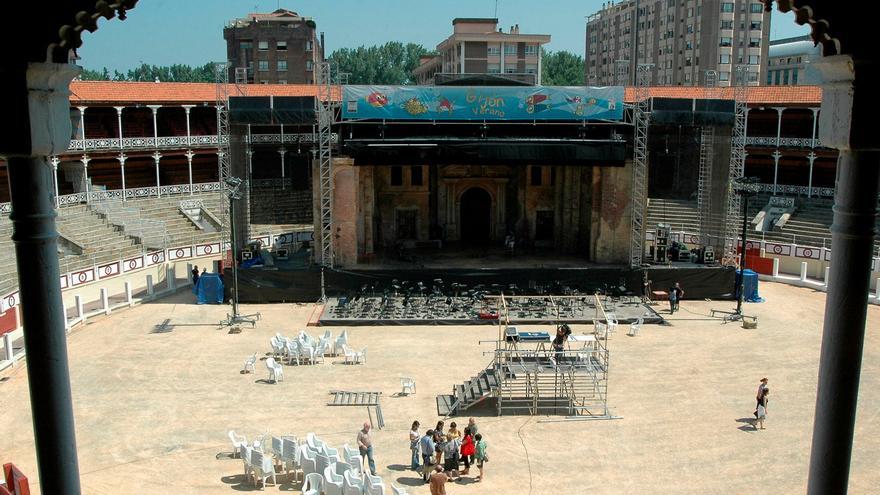 In Asturias, before the pandemic, only six bullfighting festivals were held a year on average. The bulls, which for centuries were part of the festivals of places like Avilés, Mieres or Llanes, among many others, disappeared decades ago from the physical and popular geography of the principality. Gijón, with its Begoña fair, was the last stronghold of bullfighting in the community. His celebration became news in mid-August when the mayor, Ana González, announced that it would not be held again because from now on the city council will not authorize bullfights and the square will be dedicated exclusively to musical performances. He did it after the controversy generated because in a bullfight bulls called “Feminista” and “Nigeriano” were fought.

Asturias is, after the announcement of the mayor and if the situation does not change, the third community without bulls in Spain, after the Canary Islands and Catalonia. That is why the eyes immediately turned to Oviedo. There, the Buenavista square has not hosted a bullfight since 2007. In fact, it is so abandoned that the vegetation has invaded it and gives the impression that a bear is more likely to come out of the corrals than a bull. But the city council plans to reform it. The conditions for the contest are scheduled to be presented before winter and the works would begin in 2023. However, the mayor of the city, Alfredo Canteli, of the Popular Party, has been blunt: as long as he is mayor, Oviedo will not have bulls again.

Asturias, Gijón and Oviedo, serve as an example for the rest of Spain on the use of squares. Across the country there are an estimated 1,700. Some of them are today unique monuments, such as Almadén, in Ciudad Real, or Ronda, in Malaga, two of the best known. Others are protected with the category of Asset of Cultural Interest. Many are still in use. But in recent years the debate has arisen about what to do with the abandoned and those that have stopped hosting bullfights.

The closure of the bullrings is inevitably linked to the decline by the fans of bullfighting. Loses fans and the youngest do not show much interest in the generational change in the stands. In addition, the Government has decided to exclude the bulls from the cultural bonus of 400 euros for those who turn 18 years old. He initially contemplated it, but backed off a few hours later.

The only reliable statistics to evaluate the opaque sector of the bull today are those provided by the Ministry of Culture and Sports, to which it belongs. These data show a very strong drop in the number of festivities (bullfights, steers, bullfights or mixed) since the record was reached in 2007. Then 3,651 were held in Spain. The sector lived then, say those responsible, “a bubble”. Another one of the many that were in Spain. In 2019 there were 1,425, less than half. Last year, due to the pandemic, there were only 129. Castilla y León, Castilla-La Mancha, Madrid and Andalusia, in that order, are the communities that host the most celebrations. Between the four, almost eight out of ten. The Valencian Community is, however, where most popular festivals (clippers, running of the bulls, bous al carrer…) are celebrated with bulls, almost 10,000 a year, half of the total, in a sector that not only has not fallen like bullfighting but has also risen in recent years. Because within this reality of the world of bullfighting there are two very different parts: the bullfighting of the bullfights and the fondness for the bull of the municipal festivals.

Last July, the Mundotoro portal carried out an analysis, much commented on in the sector and whose conclusions cause fear, according to which it has been confirmed that since 2007 the towns where there were no runs for two consecutive years have no longer celebrated them. The stoppage caused by the pandemic, according to his hypothesis, could cause 30% more to disappear within two years and only 261 towns remain compared to the more than 900 in 2007. For Carlos Ruiz Villasuso, director of the portal and very critical With its sector, the bull “is sick” and the cause of the disease is in the depopulation of Spain. “Bullfighting is exactly the same as the world of traditions and empty Spain. You put a map of how Spain empties and on it the one of how bullfighting empties and it is the same,” he explains to this newspaper.

Today, Victorino Martín, president of the Toro de Lidia Foundation, which brings together the sector, has already announced that they are going to denounce the Gijón city council. As he explains, they already did it in Villena (Alicante). There, during the previous legislature, the mayor, Francisco Javier Esquembre, from Los Verdes de Europa, did not authorize bullfighting. The foundation took its decision to court and won, but the mayor continued to oppose it. In 2019 the foundation even denounced him for prevarication. The lawsuit was dismissed, but after the socialist victory and the change of councilor in the town hall that year, bullfights were held again in Villena.

The reality, however, shows that the case is greater in the cities in which when the bulls were suspended they no longer returned. As in A Coruña. The city’s bullring, inaugurated at the end of the 19th century, was left without activity at the end of the 1960s. In 1991 the city once again had a new arena, a multidisciplinary covered space known as the Coliseum. Bullfights were held until 2015 when the city council decided not to finance them again. Since then there have not been.

In Benidorm its square has been orphaned of activities for years. It was closed because it had structural problems. Today a reform project is underway, valued at almost nine million euros and whose completion is scheduled for 2023, also as Oviedo, electoral year. The new square will have an annex building that will be a library and study rooms and spaces for associations. The square will also be a place for concerts and performances. But the city council also contemplates that bullfighting festivities will be held again.

This is also the case with Orihuela. There, the Popular Party council has been even clearer and turned the return of the bulls into an electoral promise. The Plaza de Orihuela was, like that of Oviedo, abandoned since 1986 and in it, as in the famous phrase of Jurassic Park, life had made its way. It looked more like a botanical garden. Today it is rehabilitated, but still stopped for more than two years because, paradoxically, it lacks an activity license.

In the Spanish geography there are bullrings that went through this process of rehabilitation or reconversion and they continued to be bullrings but at the same time they stopped being so. The most important case is that of Las Arenas, in Barcelona. Historically the second square in the city, Las Arenas has been a commercial center with shops, cinemas and restaurants for a decade.

Las Arenas today serves as an example to other squares that try to follow the same path. One of the most striking cases is that of Santa Cruz de Tenerife. Canarias was the first community without bulls in Spain. In 1991 the Canarian Parliament approved a law that prohibited “using animals in fights, parties, shows and other activities that involve abuse, cruelty or suffering”. That law, which today would not be valid according to the Constitutional rulings, was used as a backup to cancel the bullfights. However, the reality was different. In the first place, the law makes reference in its text to “domestic animals” and, furthermore, it excludes cockfighting, a tradition in the archipelago, which is allowed. The second, which actually thwarts or nullifies any debate, is that the love for bullfighting on the islands is and was practically nil. When the law was passed almost a decade ago, there were no bullfights. The Plaza de Santa Cruz has been abandoned for years. Since 2018, its private owners have been trying to convert it, but they needed the approval of Historical Heritage because, although it is not considered an Asset of Cultural Interest or protected, it is located in an area, the Rambla, which is. The project, to convert the square into entertainment venues, underground parking, housing and open a part as a public square, has already been finally approved. After its modification, there will never be any bulls.

Among the most revealing cases, that of Getafe. Only in the community of Madrid 11 squares were built from the end of the nineties until the crisis. Today they have hardly any use. One of them, the one from that town. It cost three million euros and was inaugurated in 2004. In 2013 it hosted its last bullfight. It was also used for concerts, until complaints from neighbors about the noise caused these to be canceled as well. But it had, and has, structural problems. So many that in 2016, only 12 years after it was opened, its demolition was even considered. In 2018 it was permanently closed. Since 2019 the city council, of the PSOE with the support of Podemos, plans its remodeling. He wants to close it and make it soundproof so that it can host cultural and sporting events. Bulls do not enter the equation. While that comes along, if it does, the plaza shows up in internet searches as a cruising, of more or less furtive sexual encounters. On the website where it is advertised as a location, it receives a rating of three and a half hearts: good.