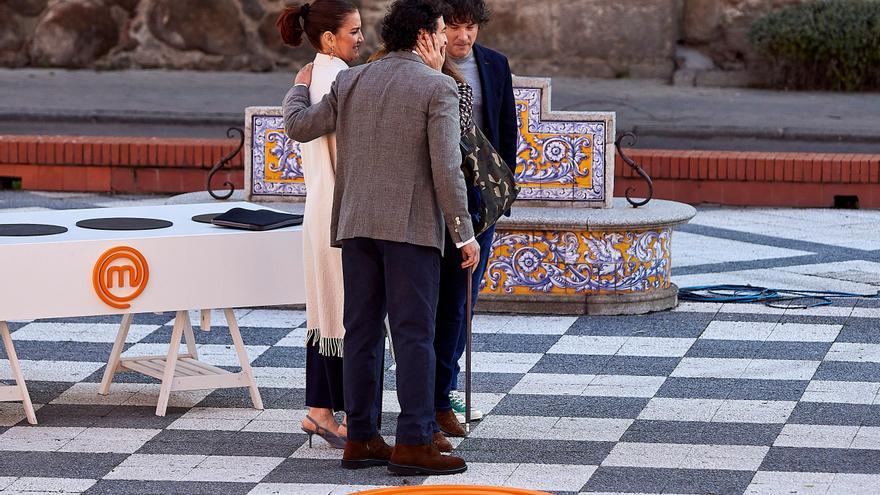 Madrid, Jul 14 (EFE) .- Arnau París, the contestant who has hardened the most in the “MasterChef” pit, has won the ninth edition in a final with a Catalan accent in which he competed with his countrywoman Meri and to which he has brought a menu based on the product and the peasants with dishes that drank from the traditional Catalan cuisine.

This 32-year-old from Barcelona, ​​who kept his promise to cut the braid he had worn since entering the La 1 contest if he made it to the final, has thus received the impulse to change his job as a commercial for the family business to open a restaurant in a farmhouse with which he wants to “link people with the origin of the product and what they eat,” he explained.

On this he has based the Origin menu with which he has convinced both the jury formed by Samantha Vallejo-Nájera, Pepe Rodríguez and Jordi Cruz as well as the three-star David Muñoz (DiverXO, Madrid), consisting of coca de recapte with pepper cream, roasted aubergine and marinated horse; Carabinero with chili crab sauce, pigeon in two boils and coriander air, and Catalan cream in textures with carquiñolis crumble and muscatel ice cream.

“My four grandparents were farmers and I learned with them that gastronomic culture around the product, the sowing and the harvest, from which I believe that today we have disconnected”, has exposed the contestant who has passed through the pit the most times or tests of deletion in this edition.

David Muñoz, who has announced that a new restaurant will open in Madrid in October that “will have nothing to do” with either DiverXO or Streetxo or Goxo (his three current businesses), has praised him as a “spectacular dish, a chef’s fine “or” well thought out and well executed dessert “.

He also had praise for the memory menu of the Barcelona-born Meri Rodas, a 24-year-old physiotherapist and medical student, a contestant who has learned in “MasterChef” to overcome her insecurities but who has had some failures both in the starter (onion soup) and in the dessert (cottage cheese with rose jam and raspberry sorbet) but it has shone with its duck cannelloni with black turnip spheres.

Arnau has thus won the title of winner of the contest, 100,000 euros in cash, the publication of his cookbook and the completion of a course at the Basque Culinary Center.

It was he who managed to be the first duelist without surprises, due to his concentration on cooking and because Pepe Rodríguez himself announced it even before trying the preparation of the second-ranked Meri. The Catalan commercial dedicated the dish to his parents, both survivors of cancer, a story that brought tears to the set.

In the first test of “Follow the chef” dedicated to a dessert in these nine editions, the finalists had to imitate the steps of the head of creativity of EspaiSucre (Barcelona), Ricard Martínez, who has given them no respite when it comes to replicate red, its sweet version of the traditional Russian borsch soup with twelve preparations featuring beets and raspberries.

He prevailed over a Meri who resisted the candy but managed to overcome it, a Maria who did not stop asking questions of her companions, who confused ingredients and whose dessert was criticized by the jury for its lack of finesse and its similarity to a salad and a Fran whose nerves are evident in his gestures. Both he and Maria were also penalized for borrowing an ingredient.

No less tough was the outdoor test, with the magnificent setting of the Chillida Leku museum in Gipuzkoa and an exceptional jury made up of chefs totaling 25 Repsol soles, such as Andoni Luis Aduriz (Mugaritz), Elena Arzak (Arzak), Aitor Arregi (Elkano ), Diego Guerrero (DSTAgE) or Carolina Sánchez (Ikaro), and the director of the Repsol Guide, María Ritter.

Fran was choked from cleaning the oysters to the pil-pil, which has made him leave, crying and very grateful for a program with which he aspires to change his job as a waiter in Cuenca to cook in his own business : La Cantina de Fran.

The other from La Mancha in the final, María, has also been left out due to errors such as burning the tartlets, despite being Pepe Rodríguez’s favorite. Meri, who overcame some complications with the air of honey, reinforced the Catalan accent of the final duel after 13 weeks of competition.