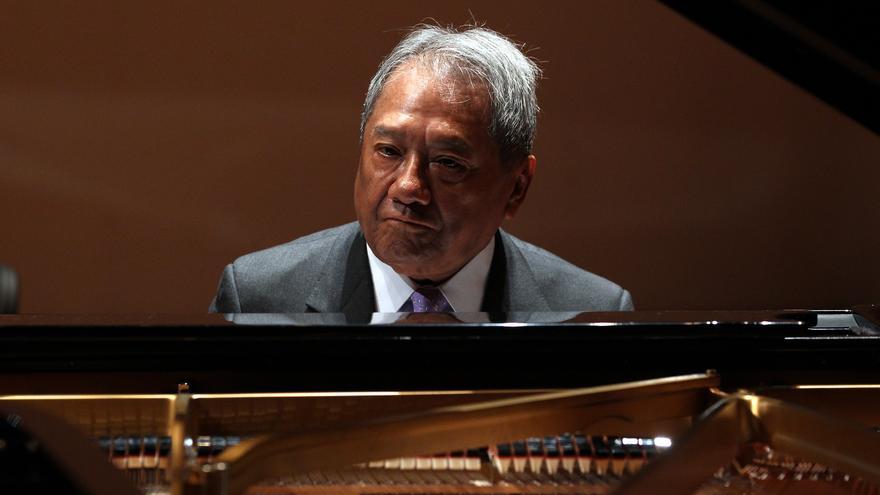 Mexico, Dec 19 (EFE) .- The singer-songwriter Armando Manzanero, “is responding well to treatment” so the rumor of his death is false, Martha Manzanero Arjona, daughter of the “king of romanticism” and his first wife María Elena Arjona.

“Thank God he is responding to the treatment against covid-19 and will soon be home,” shared the Yucatecan, who along with her brothers Armando, María Elena and Diego left Mérida to move to Mexico City, where the artist has been hospitalized since Thursday.

Manzanero, who turned 85 on December 7, was admitted to an unidentified hospital in the Mexican capital for presenting symptoms of covid-19.

Although he was “frail,” his health improved and his oxygen levels recovered, Martha said.

His children never lost faith, he explained, since they have always considered him “a warrior”, since the singer-songwriter of Yucatecan origin “has always enjoyed good health.”

Although he has suffered from diabetes for years, he has always been under control, according to the family, so he can still travel to give concerts and record albums.

“My husband is stable and eager to improve,” she declared.

With those words, the family cut short the rumors that emerged in the last hours in Mérida, capital of Yucatán, that indicated the death of Manzanero.

Martha and Laura thanked the public, family and dozens of artists with whom Manzanero has shared the stage and others who have recorded their songs created more than 50 years ago for the expressions of affection and prayers.

Throughout his 74-year career, Manzanero has sung with interpreters from all over the world, such as the Spanish Alejandro Sanz, Carmen París, Presuntos Implicados and Miguel Bosé.

Just on Friday, December 11, the singer-songwriter was at the inauguration in Yucatán of the Casa Manzanero Museum, in which the artists Carlos Cuevas and Coque Muñiz were present.

“I think I’m being rewarded for life,” Manzanero said in an interview with Efe last October.