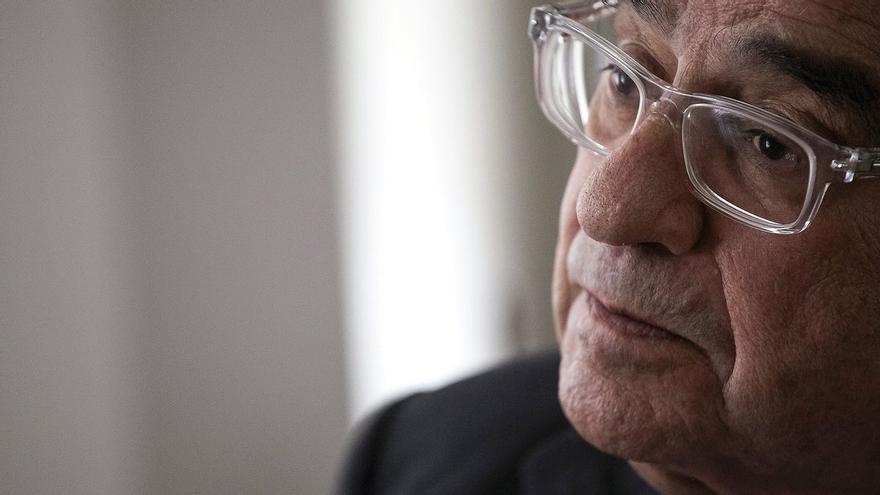 Argentine judge María Servini de Cubría, who has been investigating the crimes of the Franco regime for years due to the omission of a judicial investigation in Spain, has prosecuted former Minister Martín Villa for murder and torture during the Franco regime. Specifically, it dictates for him preventive detention that will not be effective “by virtue of the exemption from prison provided by the Appeal” and an embargo of his assets until a sum of one thousand one hundred and thirty-four million Argentine pesos is covered, equivalent to almost ten million euros.

The central basis of the prosecution are the murders of March 3, 1976 in Vitoria-Gasteiz and the murder in the events of Sanfermines in 1978.

Martín Villa occupied a preponderant position in that organized power structure through which the orders were propagated to those who were the direct executors of the crimes.

In the indictment, to which elDiario.es has had access, the magistrate recalls that “Martín Villa was Minister of Trade Union Relations, was a member of the Council of Ministers and held a leading position in that organized power structure, at the time of the events in Vitoria in March 1976, where Pedro María Martínez Ocio, Labeled Barroso Chaparro and Francisco Aznar Clemente, among others, were killed. He then served as Minister of the Interior or Interior, the highest authority in the hierarchical structure of Public Order, to the time when the events of the Sanfermines de Pamplona took place, on July 8, 1978, in which Germán Rodríguez Saíz was assassinated “.

And he continues: “The entire repressive structure set up by the Franco regime continued to function under the direction now of the new political leadership in charge of the transition process. During the first years the rules, structures, agents and repressive practices typical of that one were maintained. and the public order forces were assured of impunity for their actions by all means available to them. ”

In this sense, the judge considers that Rodolfo Martín Villa “occupied a preponderant position in the hierarchical power structure through which the orders were spread to those who were the direct executors of the crimes.”

Another element that allows reaffirming the responsibility of the accused is the guarantee of impunity for the executors of the repression orders.

And it indicates that “it was, as the highest authority of Public Order -Minister of the Interior- that Villa gave the general and sometimes particular directives in this matter, regarding which were the demonstrations or meetings that should not be tolerated or that should be dissolved, passing through the intermediate levels that retransmitted the superior orders (General Directorate of Security, Civil Governors, etc.) to the executors of the concrete actions “.

It also indicates that “his intervention was central to the configuration of this event, since it could not have been carried out if the accused, as Minister of the Interior, had not provided the necessary means for such purposes. This is one more aspect in which reflects the dominance of the appointee of the power apparatus through which the events of Pamplona of 1978 were perpetrated “.

Another element that allows reaffirming the responsibility -as the immediate perpetrator- of the named with respect to the acts carried out by the personnel of the security forces functionally subjected to him, is the guarantee of impunity of the executors of the repression orders (the systematic dismissal of the causes where events of this nature were reported).

I resolve to order the prosecution of Rodolfo Martín Villa (…) for considering him a prima facie criminal responsible for the crime of aggravated homicide, repeated on at least 4 occasions.

The first three died assassinated during the Vitoria massacre on March 3, 1976, as a result of the attack by the Armed Police, which gassed and shot protesters. Germán Rodríguez Saíz was assassinated in the events of the Sanfermines de Pamplona in July 1978, when the security forces charged after the deployment of a banner in favor of total amnesty. Rodríguez Saíz was shot in the forehead and more than 150 people were injured.

(This information will be expanded soon)