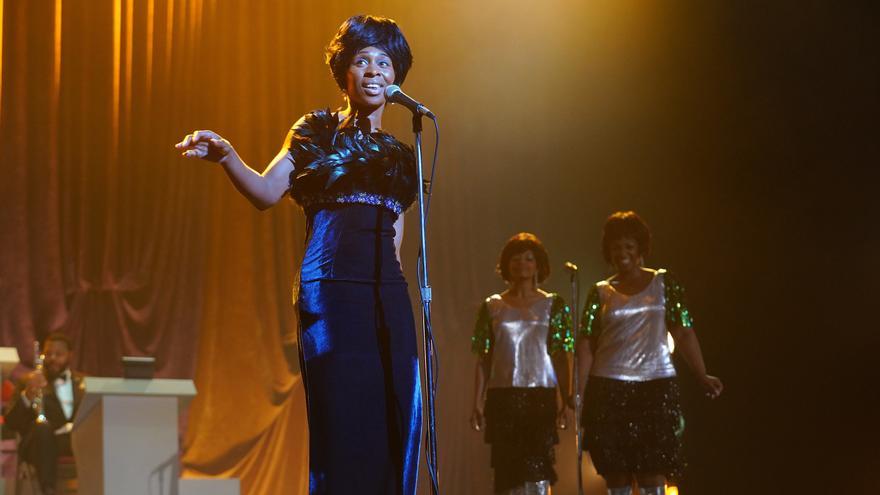 Los Angeles (USA), 19 Mar. (EFE) .- When a reporter asked Cynthia Erivo to sing something on the red carpet at the 2019 Tony Awards, the actress performed "Ain't No Way" by Aretha Franklin. Days later, National Geographic contacted her to play the "Queen of Soul" in "Genius".

The protagonist of "Harriet", a role for which she achieved an Oscar nomination last year, takes over from Antonio Banderas in the series that, after reviewing the lives of icons such as Albert Einstein and Pablo Picasso, now dedicates a third season to the singer.

Attempts to document the life of Franklin (Tennessee, 1942) have never been easy. The artist tried to prevent the release of the film on her great live album, "Amazing Grace", and never authorized the final publication of her biography "Respect".

That is why Erivo (London, 1987), in addition to learning the vocal range of the soul star, had to investigate the intimate life of a star who always kept his image as an African-American artist from overshadowing everything else.

"Many do not know her relationship with civil rights activism. She was a friend of Martin Luther King, I had no idea," said the actress in a video call with Efe.

"Genius: Aretha" opens this Sunday in the US and, according to National Geographic, will arrive in Latin America and Europe in the coming weeks.

The fiction combines stellar performances of Franklin's career with private moments such as the recording of his first album at the age of 14, the signing for the mythical label Columbia Records at 18 and the troubled relationship he had with his manager and partner.

Erivo participated in a video call with Efe days before the series' premiere, while finalizing the recording of his debut album.

Question: The paper came by chance. What was the best thing about embodying the "Queen of Soul"?

Answer: Get to know her better. He went through many styles and stages, I had to learn a lot, he is an icon about which many things are not known.

Q: And the most difficult ... Did it reach a musical level?

A: There was a song that I had a hard time learning, "Never Grow Old." It doesn't have very set times and I had to follow her interpretation, imitate her breathing. Once I got it, I loved it.

Q: Did you discover anything about Aretha Franklin that was unknown?

A: I didn't know much about your work in the fight for civil rights and how important it was to her. He told it especially on an album, "Young, Gifted & Black" (1972), which many do not know. She was a friend of Martin Luther King, I had no idea.

Q: The shoot coincided with the recording of your debut album, which will be released this summer ...

A: It was difficult. I would finish filming and on the weekend I had to record after spending the whole week using my voice. But I need to be busy, I take advantage of the opportunities that come my way, so I wouldn't change anything.

A: My music is an expression of who I am, very eclectic. There are things that sound like country, even without wanting to, others that are closer to R&B or soul. Those are the sounds that define who I am.

Q: The trailer for "Genius: Aretha" was shown at a Golden Globes gala criticized for not fostering diversity within your organization. You were present, how did you experience it?

A: I really liked that they took a moment to acknowledge those issues and I hope it was authentic, that decisions are made and that they are on the right track. I saw many teammates winning and making history, hopefully it's a start.

Q: Unlike the white male-dominated industry portrayed in Aretha Franklin's time, hardly anyone in Hollywood now discusses the need for inclusion, right?

A: Right now Hollywood is discussing this issue a lot because it is important. The ultimate goal is that we all have the same opportunities and can represent real society, with all its colors.