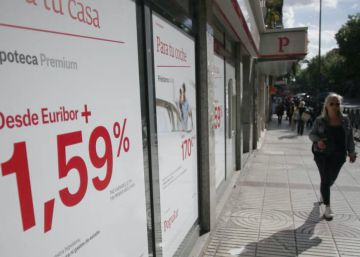 From among urgent economic measures Approved this Tuesday by the Government, one of the most anticipated by Spanish households is the moratorium on mortgages for the acquisition of the usual home. Royal Decree 8/2020, published this Wednesday in the BOE, establishes the exact terms of the moratorium.

Who can ask for it?

All those people who are buying the habitual residence through a mortgage loan and who are in a situation of “economic vulnerability”. That is, the debtor remains unemployed due to the crisis caused by the health emergency or, if he is a self-employed worker or an entrepreneur, he suffers a substantial loss of his income or a substantial drop in his sales, equal to or greater at 40%.

In the event that any of the members of the family unit has a declared disability greater than 33%, a situation of dependency or an illness that permanently incapacitates them to carry out a work activity, the limit will be four times the IPREM. Other scales are also planned, such as for people suffering from cerebral palsy or mental illness, among others.

It is also possible to benefit from the moratorium if the mortgage payment, plus basic expenses and supplies, is greater than or equal to 35% of the net income received by all the members of the family unit or if, as a result of the health emergency , the family unit has suffered a significant alteration in its economic circumstances, that is, when the effort that represents the mortgage burden on the family income has been multiplied by at least 1.3.

The user who wants to request a moratorium on the mortgage must submit an application to the financial institution that has granted the loan, accompanying it with the documents that prove their vulnerable situation.

In the case of an unemployed worker, a certificate issued by the benefits management entity must be presented, showing the monthly amount received as unemployment benefits or subsidies. In the case of cessation of activity of self-employed workers, a certificate issued by the Tax Agency or the competent body of the Autonomous Community will be essential.

In order to prove the number of people living in the dwelling, the family book or a document confirming a domestic partnership must be presented; and, where appropriate, a registration certificate for the people who share the home. Disabled people must have a declaration of disability, dependency or permanent incapacity to carry out a work activity.

The ownership of the assets is accredited by the simple note of the Property Registry of all members of the family unit and the deeds of sale of the home and granting of the mortgage-backed loan.

A statement will also be added that is responsible for the debtor, certifying compliance with the requirements required to be considered without sufficient financial resources.

How long does it last?

The moratorium extends up to 15 days after the validity of the Royal Decree, which is one month. This means that the last day of the moratorium will be May 3, as long as there is no extension, which the legislator does not rule out, according to the text of the regulation.

What effects does it have?

The moratorium will lead to the suspension of the mortgage debt. The anticipated fee will not be paid, neither for the capital part nor for the interest, “neither in full nor in a percentage”, establishes the Royal Decree. While the moratorium lasts, neither the early maturity clause stated in the contract nor the default interest will apply.

The Association of Financial Users (Asufin), which on 10 began collecting signatures under a petition to ask the Government to suspend the payment of mortgage payments until the end of the health emergency, appreciates the measures approved by the Government. However, it asks financial institutions to expedite the processing of the mortgage moratorium. These “have to facilitate that all procedures can be online, with telematic and telephone customer service channels,” insist the association, “taking into account the exceptional circumstances we live in.”

The Spanish Banking Association (AEB) expressed its satisfaction with the economic measures announced on Tuesday by the Government. “The banks support the postponement of the payment of the mortgage loans for people especially affected by this crisis,” reads a statement from the AEB.