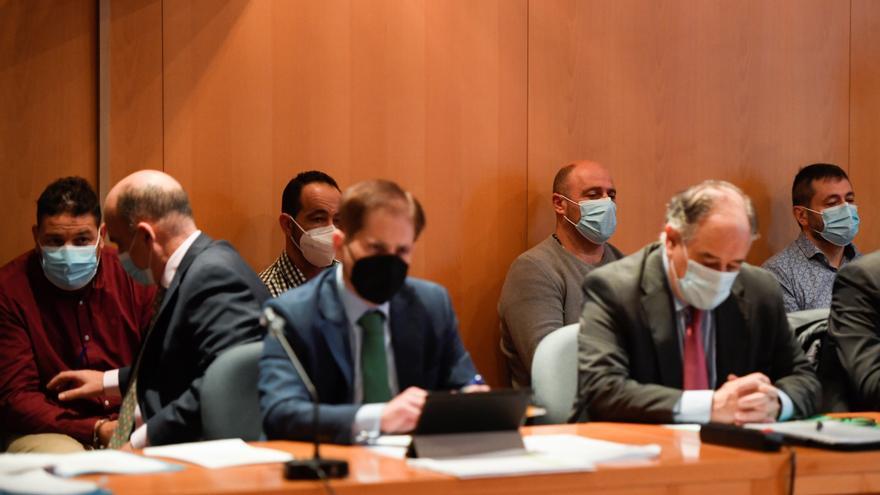 Guilty by unanimous decision. The jury of the “Ardines case” ‘ it was pronounced like this last Wednesday about those responsible for the murder of the councilor of the United Left of Llanes, Javier Ardines, which took place on August 16, 2018 in the Asturian town of Belmonte de Pría. He did it bluntly and without any fissure after three long days of deliberation to ratify the Civil Guard version of events.

The culprits are Pedro Nieva, the instigator and planner of the crime; Jesús Muguruza, as Nieva’s necessary cooperator and intermediary with the hitmen Djillali Benatia and Maamar Kelii, the material authors of the murder. The sentence could amount to 25 years in prison despite the defense claiming 20 years as the minimum penalty for this type of crime.

That of Ardines was the murder of a politician, a jealousy plot, a judicial process marked by the lack of conclusive evidence and the longest deliberation of a popular jury in Asturias. In the absence of the judgment of the president of the court, Francisco Javier Ruiz Iriarte, the defense has expressed its intention to present an appeal to the Superior Court of Justice of Asturias.

The origin of the plot is in December 8, 2017 and in a suspicion of infidelity. That day, Pedro Nieva decides to record a conversation between his wife, Nuria Blanco, and Javier Ardines, Nieva’s friend. The objective was to confirm that they had an extramarital affair. Nieva “sees his suspicions of infidelity confirmed”, as quoted in the brief presented by the Prosecutor’s Office, and so he made it known to his wife, with whom he continued to live as a couple after this event.

After the recording, the defendant, “fearing that she would have some other sexual encounter with the deceased, visited online stores selling objects for covert video surveillance, microphones, vehicle surveillance and monitoring devices”, as it appears written by the Prosecutor’s Office. In addition, he bought a DNA test “to determine the paternity” of his children, as reflected in the aforementioned letter.

Months later, in July 2018, upon learning that his wife would go on vacation to Llanes and that she would possibly meet her lover again, Pedro Nieva contacted Jesús Muguruza to organize the murder of the mayor of Izquierda Unida. It would be carried out by two Algerian hitmen, Djillali Benatia and Maamar Kelii.

In the early hours of August 1, the hitmen traveled to Belmonte “with the sole purpose of killing” Javier Ardines, ambushing him by placing a fence on a road near his home. However, the councilor dodged the obstacle and left the area without realizing it.

It would be after the local festivities when Benatia and Kelii tried again to fulfill their mission, this time placing two fences to block the road. The ambush took effect on this occasion and the councilor got out of his vehicle. The hit men pepper sprayed him and attacked him as he tried to escape. Armed with a baseball bat and a stick, they beat him and then strangled him until Ardines died of suffocation in the early hours of August 16.

After six months of investigation, the Civil Guard managed to find Nieva as the alleged instigator of the murder, allied with Muguruza and the two hitmen. Identifying Javier Ardines’ murderer turned out to be a complicated process in the absence of DNA evidence at the crime scene.

The positioning of the telephones of Benatia and Kelii or the images of their vehicle on the Cantabrian highway in the direction of Asturias, among other indications, linked the accused with the death of the councilor. However, Djilali Benatia’s statement, after his arrest, would be the main evidence to incriminate the four accused. He acknowledged having been part of the preparations and execution of the crime, committed in the llanisca parish of Belmonte de Pría on August 16, 2018.