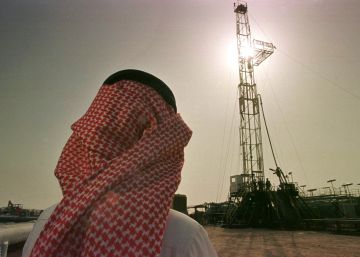 Saudi oil company Aramco, the company with the most benefits in the world, has begun the subscription of shares for individuals and institutional investors with the objective of raising 25.6 billion dollars.

After months of elucubrations, the company finally decided to leave with a value estimate of between 1.6 and 1.7 billion dollars, the company said in a statement, in which it states that the initial reference price is in the range from 30 to 32 rials (from 8 to 8.5 dollars) per share.

Aramco will offer around 1.5% of its shares in the largest public sale of shares (opv) in history, which will be marketed only in Tadawul, Riyadh's stock market

Individuals, only Saudi by decision of the company, may subscribe up to 0.5% of shares until 28 this month, while the period for institutional subscribers will go until December 4.

A day later the final price of the shares will be announced and the surplus of opv, if applicable, will be announced before Thursday, December 12, 2019. After this placement, Aramco will not issue any more shares for six months.

Aramco is the largest oil producer in the world, with 10% of the world's supply. It is also counted as the most profitable company with a net profit of half a year of 12%. In 2018, the oil company obtained an annual net profit of 111,000 million.

However, despite the gains, Aramco's opv and the company's IPO in general face challenges for Saudi Arabia's reputation following the murder of journalist Jamal Khashoggi last year.

The attacks on oil plants by Yemeni rebels have also put security and therefore the company's ability to guarantee its production in the eye of the hurricane.

On the other side of the balance are the opíparo dividend of $ 75,000 million guaranteed by 2020, which will be charged by shareholders preferentially and before the Government, although the Government will continue to completely control the company.