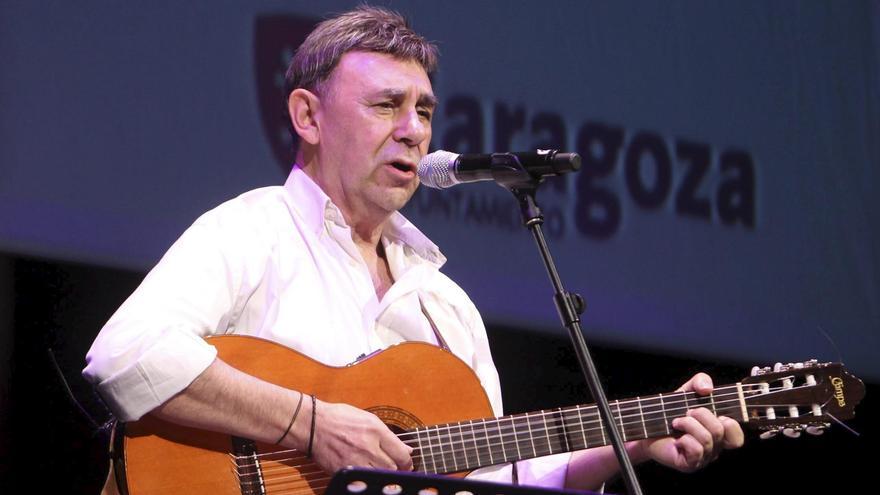 The Aragonese singer-songwriter and poet Joaquín Carbonell, 73, died this Saturday from coronavirus at the Zaragoza Clinical Hospital after fighting the disease since the end of July. The musician, born in 1947 in the Teruel town of Alloza, died this morning at 0930 hours after being admitted to the ICU of the hospital center for 47 days.

Throughout his long artistic career, Carbonell received numerous recognitions, among them the Medal of Cultural Merit that the Government of Aragon awarded him in 2019 for “his continuous commitment to his land and heritage.” A recognition that fulfilled all his ambitions in a land that, as one of his songs says, must be built “With the help of all”, as recognized by the artist when he received the award in an act in which he made a fiery defense of the culture, whose absence, he said, “causes desolation, regression and misery.”

Carbonell, who considered himself an “intruder in this crazy craft” of art, never considered himself an artist like those he admired when as a child he dreamed of stepping on the best nightclubs and stages, but he toured all the capitals of Spain and he went on to record more than 150 songs on 15 discs, in addition to editing several novels, poems, three biographies and some essays.

The president of Aragon, Javier Lambán, has lamented through Twitter the death of Carbonell, a “great Aragonese, singer and writer.”

The singer-songwriter had started before the confinement a tour of performances to celebrate his 50 years on stage. His literary works include titles such as’ Un tango para Federico ‘,’ The artist ‘or’ Querido Labordeta ‘, in which he portrays José Antonio Labordeta, who was his teacher and stage partner’ along with Eduardo Paz, from the group La Bullonera, with whom he recorded the album Vayatres.

Carbonell also received the Sol Mayor Award, for his contribution and dedication to the dissemination of the music of Bajo Aragón, granted by the Musical Union of Nuestra Señora de los Pueyos de Alcañiz (Teruel) in 2005.