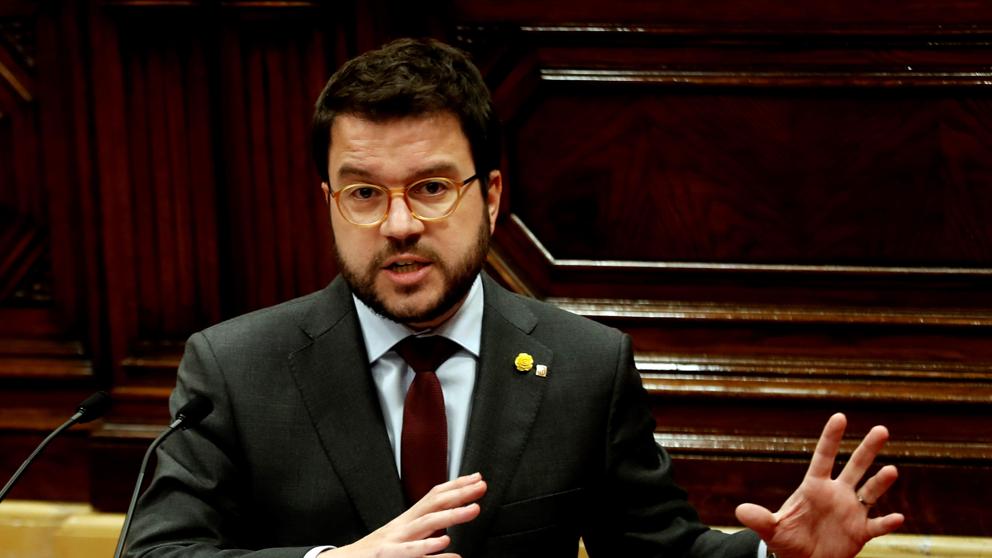 The times in politics are very important and as regards the new relations between the State Government and that of the Generalitat are decisive. The negotiation between governments led by presidents is pending on the calendar Pedro Sanchez Y Quim Torra, the Catalan elections announced by the head of the Catalan Executive and, the State’s general budgets (PGE), on which ERC has the master key. The dialogue table it remains undated, but it must be held next or next week if the agreement between presidents is to be fulfilled; on the elections, the vice president of the Government, Pere Aragonès, has claimed this Friday to Torra that “do not lengthen the legislature excessively“, And about the PGE, the same leader has warned the PSOE that”prepare for a hard negotiation”If you want to get them ahead.

In an interview with Cadena Ser, Aragonès has maintained the position already used for his training regarding the future of the Spanish legislature. This position is in line with primitive statements such as those of Gabriel Rufián, when in the investiture debate he warned that there would be no legislature if there was no dialogue table between governments. Pending knowing the date of the first meeting of this table, the Catalan vice president has come to say the same thing in other words: “For a second agreement the first one must be fulfilled, that the table be set up, and From here we will talk about budgets”

“For a second agreement the first one must be fulfilled, that the table is set in motion, and from here we will talk about budgets”

But Aragonès has wanted to assert the dependence that the Government will have on the Republicans to approve the accounts warning that it will not be “a blank check”. And he has mentioned the many issues that must be negotiated in this chapter to finally receive the yes from ERC. “There are breaches of financing, from dependence, where “we put 1,500 million and the State 300 million, when it should be 50%,” he has recriminated. But there is also “the third additional provision, the financing of Mossos d’Esquadra”, And next to this, talk about the“ model of pensions and of the Social Security“, Has mentioned.

In short, “independence worries us, but pensions too,” has justified, as concerns “the austerity path or if there are more expansive policies ”, the“ challenges in the field of productive fabric”, The sector of the automotive, the innovation in the industry, the exports, the financing of Ewelfare state…. “All this must be undertaken,” Aragonès has claimed.

The date of the Catalan elections

So, “the PSOE must prepare for a hard negotiation“, Because” budgets are important, “said the vice president. In this regard, he highlighted the experience gathered in the negotiation of Catalan budgets, which the Government plans to approve in the second half of March, and for those who “have been 100 hours of meeting for 5 months” with the commons. The Republican leader has indicated that the negotiation on Catalan accounts has been lengthened because these are “important issues.” So, “it will not be easy“In the case of PGE, although it has ensured that they are”willing to talk if the first agreement is fulfilled“Because the intention of ERC is” not to give up any space where the life of the Catalans can be improved “.

In the Catalan electoral field, Aragonès recalled that Torra assured that he would announce the electoral date after approving the budgets and, although it is a power of the president, he has proposed that “the reasonable thing is that we talk about the date when the time approaches” Then, the leader has directly claimed the head of the Catalan Executive “not lengthen the legislature excessively” For the Republican, the rupture between the two government partners makes it necessary to carry out “a certain resset and redistribute the cards”, Although this is not incompatible with“ committing ourselves on a daily basis ”.

“Junqueras has said that I would be a good candidate, but the decision will be collective by ERC”

In the case of ERC, the leader has assured that they are “ready for any scenario“And to defend the Republican project, which” goes through having the resources to decide our future. ” But as for the candidate, he has insisted that it be Oriol Junqueras whoever shows up, and if it is not possible to recover the seat, ERC must choose its head of list, for which the vice president has put “available” “Junqueras has manifested saying that I would be a good candidate, but the decision will be collective by ERC”, Has placed.

But the most immediate political calendar is marked by the dialogue table between governments, whose first meeting must take place before the end of February, that is, next week or the next, and on which the leader has commented that “It is a very important step“Because” a conflict like this so far has not been managed. ” Aragonès has boasted that at last it has been understood by the State that we are facing “a conflict of a political nature”, but has warned that “it will take some time” to obtain some fruit of the negotiation. The important is “start walking”And for that they do not believe the figure of the mediator required by JxCat and Torra himself are necessary.

The mediator at the table

ERC “will never get up” from the negotiating table

Aragones believes that if it could be counted on “much better”, due to the “history plagued by non-compliance” by the State, butdo not miss the opportunity to talk”, He has put forward. “We have the negotiation, not an adhesion, and each party has its starting point”, but the important thing is to “clarify the position of each one and start talking” because “there has been no talk in almost eight years of conflict”, He insisted.

Before the stubbornness of the president and the post-convergents in this figure, the vice president has challenged that it is not the Catalan party who gets up from the dialogue table. “I speak for myself and for ERC,” he said, that they will be “screwed on the dialogue table” Aragonès has promised to be demanding but also that “never ”they are going to“ get up from the table”When considering“ essential ”to initiate this dialogue, because the alternatives that one can imagine“ are not good at all ”.

Nicaragua’s modern baseball stadium, another victim of the crisis