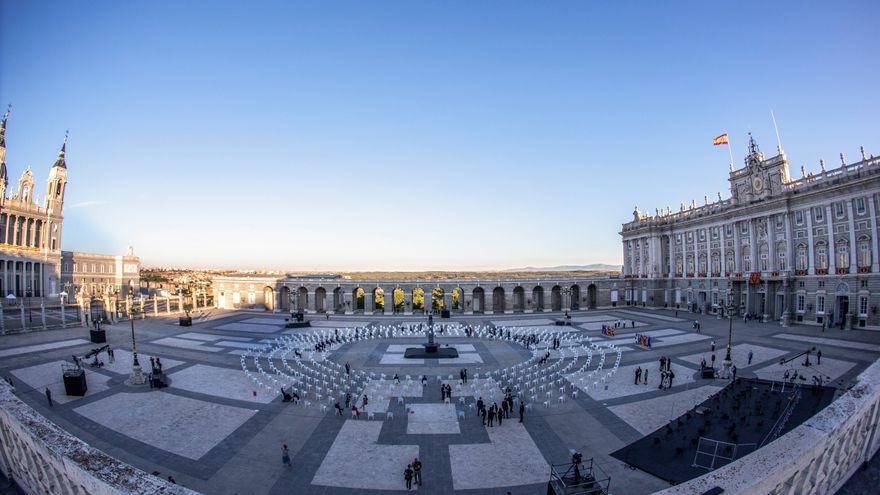 The Government has organized the second civilian State tribute for the victims of COVID-19 which this time will focus especially on health workers and which will also aim to show a horizon of hope as the group immunity to which Pedro Sánchez approaches trust a good part of the economic recovery. There will be differences compared to last year, including the absence of regional presidents that will impede the image of unity that was seen in 2020 and just two months after the severe confinement ended. Neither the lehendakari, Iñigo Urkullu, who did travel to Madrid last year, nor Pere Aragonès, as opposed to his predecessor Quim Torra, who did participate then, will be there. Nor will the Extremadura Guillermo Fernández Vara attend.

Despite Urkullu’s absence, his party will be represented by parliamentary spokespersons in Congress and the Senate, Aitor Esteban and Estefanía Beltrán. Those who have not confirmed their presence have been the representatives of the Catalan independence parties, ERC or Junts, but they have been the PDeCAT. Vox will again be absent from a ceremony in which Pablo Casado will be, together with the spokesmen of the PP Cuca Gamarra and Javier Maroto, as well as Inés Arrimadas and the socialist spokesmen, and which will be chaired by the kings in the presence of the entire Government of Pedro Sánchez, with the exception of the Interior Minister, Fernando Grande-Marlaska, who has an appointment with his European counterparts. Representatives of the powers of the State will also attend, such as the Presidents of Congress and Senate, CGPJ, or the Attorney General.

This time there will be no presence of the European authorities, as last year, in an act led by the journalist Fernando Ónega that will begin at 9 in the morning to avoid the hottest hours with the anthems of Spain and Europe played by the orchestra of RTVE and the Orfeón Pamplonés – made up of people of all ages from children to 85-. Attendees -about 700- will once again sit in concentric circles around a cauldron in which a flame will be lit in which at a given moment Felipe VI and Letizia Ortiz will place a wreath of flowers. After the floral offering there will be a minute of silence.

The families of 102 health workers who died during the pandemic to whom the Council of Ministers awarded the Grand Cross of Civil Merit this Tuesday will attend. The king will present some of these medals, among them to the relatives of Joaquín Díaz Domínguez, head of the surgery service at the Hospital de La Paz, who died at the age of 67 in that center where his wife also worked and his three children, including María Díaz Diñeiro, pediatric surgeon, who will intervene in the act. Casa Real has proposed that the relatives of the oldest health worker who died in the pandemic -Jesús Algaba, a 79-year-old ENT specialist- and the youngest -Pablo Riesgo, a 26-year-old nursing assistant who did important awareness-raising work and died after relapse-.

The Government’s intention is to pay tribute to the victims and remember what happened in the pandemic – the photographs of Emilio Morenatti with which he was awarded the Pulizer Prize will be screened – but also to give a message of “hope”, according to government sources, that They will be visualized through a video with stories of people who carried out their lives in the pandemic, such as a pregnant woman who overcame the disease or a lawyer who changed her course and set up a pastry shop. But above all, the presence of the first vaccinated will also be a sign in that direction.

Araceli Hidalgo, who was the first person to receive a dose of the vaccine in Spain, will intervene at the Guadalajara residence where she lives. It was a symbol of the opening of a new stage that was gradually closing the tragic months of the pandemic. At 97 years old, she will be accompanied by her children, her grandson and her great-granddaughter and the intention is for her to send a message to the youth.