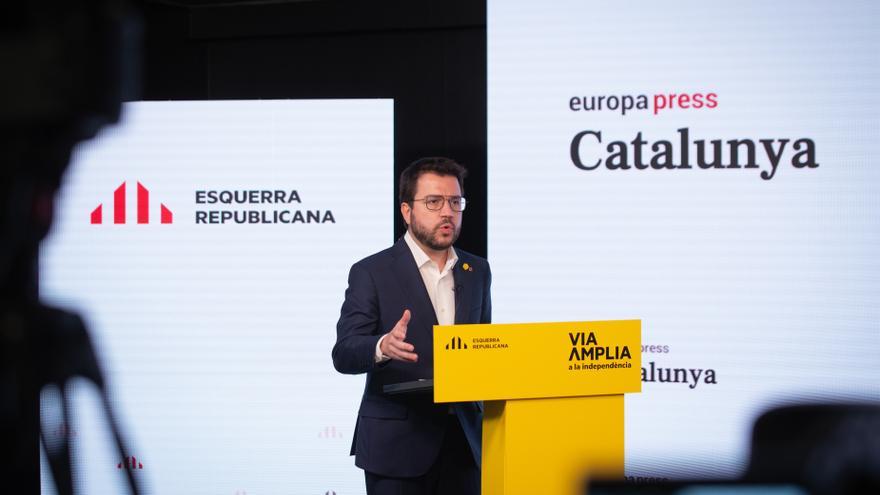 While waiting for what the justice has to say about the postponement of the elections in the coming days, this Monday several Catalan parties have tried to deactivate the electoral mode so as not to perpetuate the campaign until May 30, the date on which the elections are scheduled. new elections. The first to come out along this line was Vice President Pere Aragonès, who in an interview with the Europa Press agency called on his Junts partners to “improve coordination mechanisms” over the next few months, that is, to ratify the truce that They already signed last September to avoid engaging in a constant war within the Government that lasts five months.

Unlike what happens in Junts, in ERC most of their visible faces in the face of the elections are part of the Executive, like Aragonès himself. Republicans fear, for this reason, that since the formation of Carles Puigdemont they will use this circumstance to launch an internal offensive in the Government that will wear down all the participants, while they keep their main candidates, such as Laura Borràs, Joan Canadell, Elsa Artadi , far from controversy.

That an internal war would start with electoral intentions was already a fear shared by several members of the Government last September, after Torra’s disqualification. However, then it ended up successfully coming out with a non-aggression pact that, in general, both parties believe has worked well, despite the differences and interference that have occurred regarding the sanitary restrictions between Empresa and Salut. Now ERC aspires to also iron out those frictions and to strengthen among the councilors the idea that internal battles wear down both formations and, also, the institution.

Also in the PSC they have shown this Monday that they have no intention of keeping their swords high until May. Despite the fact that the Socialists still do not rule out ending up resorting to the suspension of the elections before the Catalan Superior Court of Justice, the spokesperson of the formation, Eva Granados, has reported that they have suspended their electoral campaign and has called the rest of the parties to do the same. As the deputy has explained, they do not want to “make the mess that has been generated by the suspension of the elections bigger,” a decision that, as she has pointed out, “leaves the country without an effective government for four months.”

The suspension of the campaign of the Socialists also seeks to preserve Illa’s figure as minister and away from the focus of the campaign during the months they want him to keep his portfolio. “He is going to continue in the ministry until the campaign begins,” concluded Granados.

Regarding the possibility of claiming justice to go ahead with the elections, the PSC has reported that it has consulted various jurists about the possible filing of an appeal, but that it has not yet made a decision. The Socialists are aware that three appeals have already been submitted to the TSJC, one of them with a request for extremely precautionary measures, which will force the courts to rule on the elections in the next few hours. A circumstance that reduces pressure on the PSC to go to court now and allows them to avoid exposing themselves to a judicial setback.