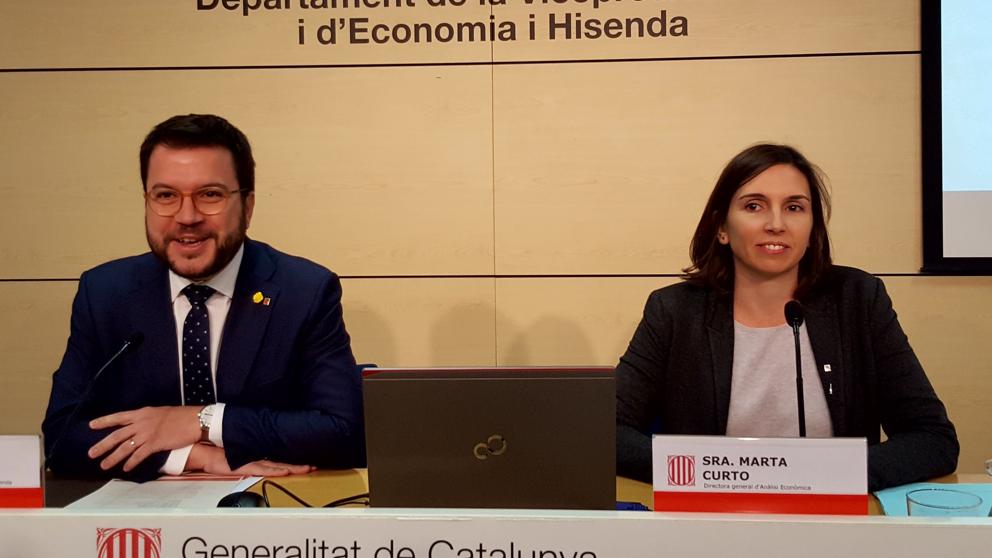 The vice president of the Government, Pere Aragonès, announced this Friday that it will include in the draft budget law for 2020 the resources needed to lower a 30% rates
university students in Catalunya starting next year. Aragonès made this announcement during the presentation of a report from his department dedicated to the digital revolution in Catalonia.

The Minister of Economy has also said that he expects the accounts for 2020 to be approved “in the coming months” in the Parliament, and added that the demand to lower rates by 30% was a recurring claim of both the student group and the students. Rectors of Catalan universities. In his speech, Aragonès has not specified what volume of resources will be included in the accounts to finance this rate reduction.

The Minister highlighted the effort made by families in recent years to bear the costs of accessing the university, and stressed that it was now up to the Government to "take a step forward" in this field to facilitate access to higher education , because "knowledge is the engine of innovation," he said.

The Parliament has repeatedly urged the Government in recent years to reduce the price of university fees by 30%. The rates have been frozen since 2012, when the Catalan government of Artur Mas applied an increase of up to 67% in the price of the credits of the races.


Will the Government get support to approve Catalan budgets?