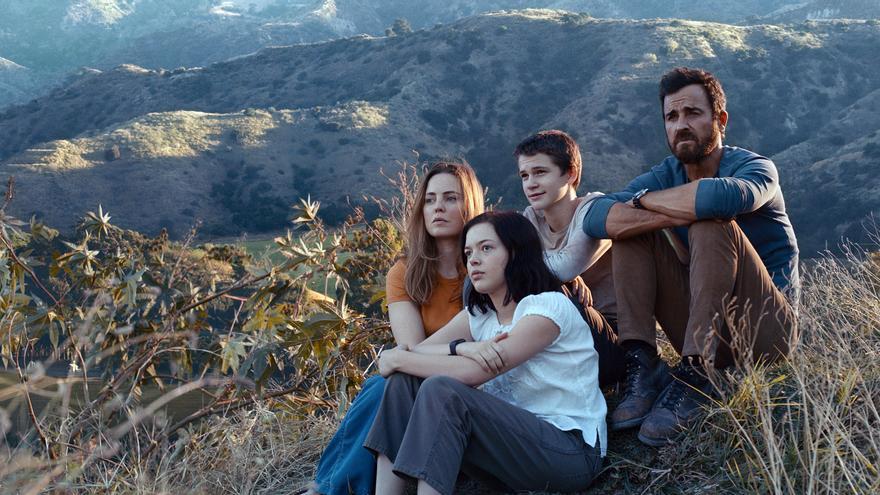 Los Angeles (USA), Apr 29 (EFE) .- When Justin Theroux ("Mulholland Drive") got the opportunity to star in the new Apple TV + series, he was able to do something in the hands of very few actors. He called his Uncle Paul to talk about the character he came up with 40 years ago.

In search of its own cult series, the technology company has opted to update "The Mosquito Coast", the book with which Paul Therooux conquered a generation of idealists.

Its 1986 film adaptation brought together Harrison Ford and Helen Mirren in a film that, despite its difficult premiere, still draws staunch supporters.

After a few years in which television series made their leap to the big screen, Apple TV + has joined the new trend, that of movies that adapt to the small screen.

The new "The Mosquito Coast" takes the 1981 novel as a starting point to narrate a less romantic and somewhat darker fiction than the original feature film.

"In the series we will have more hours to tell the story, it does not have as many current points as the movie or the book but my character has a lot of opinion. He is critical of capitalism, homeless people and the American culture of not ceasing consume, "explains Theroux, the actor and nephew, from his home in New York.

Theroux takes over from Harrison Ford to play Allie Fox, that idealistic inventor who escapes with his family to one of the most remote corners of Latin America.

A LESS IDEALISTIC AND DARKER SERIES

But the new script by Neil Cross and Tom Bissel updates aspects of the plot. For example, smartphones are banned on the run and there is an element of persecution that adds a point of psychosis to the trip, as the US government persecutes the family for a criminal past. Even the FBI is about to hunt them down.

It is here that the series, which opens this weekend around the world, differs more from the novel to resemble more dark phenomena like "Breaking Bad" and "Ozark."

As they make their way to the paradisiacal Mosquito Coast, the fictional family encounters drug cartels and other criminal organizations that alter their already flimsy escape plans.

The protagonist is, more than ever, an antihero whose seemingly good intentions are both selfish and idealistic. Something common both in the firm defenders of the "American dream" and in those who, like Fox, want to get as far away as possible from that lifestyle.

"I am very cautious when I choose a television project because one does not know if he will play that character for 8 years or more. They have to be complex characters and with an evolution", argues the actor after his work on the series "The Leftovers".

There are points in common with the film, such as the family-run asparagus farm, although the fictional female role of Apple, played by Melissa George, has much more to say about business than the one played by Helen Mirren under the name of Mother".

The actress did not even read the novel so as not to condition the character: "She is not a silent voice like in the book, she acquires a lot of personality," George said in an interview.

With its first seven chapters, "The Mosquito Coast" hopes to attract an audience thirsty for complex dramas with political implications. Like Walter White in "Breaking Bad" and Saul Goodman in "Better Call Saul," the character of Allie Fox has both good and bad.

Harrison Ford always supported the film, despite its commercial failure. Then the tastes were different and in 2021 perhaps the audience is more open to pessimism, especially on the small screen.