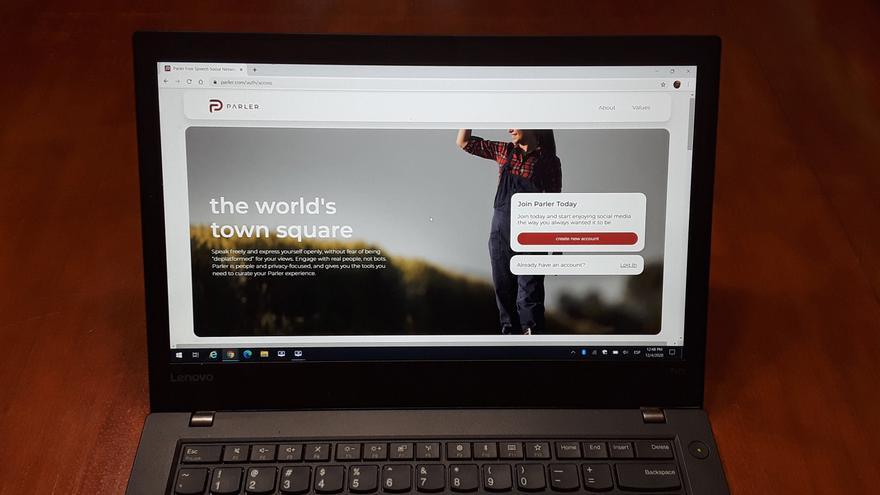 Apple and Amazon joined Google in the last hours and vetoed the social network Parler, which has recently become very popular among conservatives and the extreme right in the United States, due to its refusal to regulate content that incites violence. The movement comes after assault on Congress led by supporters of the outgoing president, Donald Trump, and leaves Parler’s future up in the air.

The social network has grown significantly in recent months, becoming a refuge for far-right figures whose content violates the rules against hate speech and violence on platforms such as Twitter or Facebook, and conservatives who see the internet giants as biased against you.

The great “boom” for Parler came after the elections last November, a date from which it has doubled its users to 10 million, according to the company. With the closure of Trump accounts on Twitter and Facebook For encouraging violence, it seems to have become the ideal alternative for its followers, since the social network does not prohibit hate speech or have any type of filter against false information, although it does veto spam and illegal activities. That bet, which has been its great asset, could now condemn it to disappear or become something marginal under the pressure of the Silicon Valley giants.

First it was Google, last Friday, who withdrew the Parler application from its virtual store and on Saturday night, Apple followed suit, after giving the company 24 hours to implement a moderation plan on its platform. “We have always supported having diverse views represented on the App Store, but there is no room on our platform for threats of violence or illegal activities. Parler has not taken adequate steps to respond to the proliferation of these threats to the safety of people, “said the company of the bitten apple in a statement.

Apple said it will keep Parler – which it claims has stepped up its restraint in trying to remove content that incites violence – out of its app store until it resolves the matter. Meanwhile, Amazon informed Parler that as of this Sunday night it will stop providing web hosting services, which would mean that the social network is inaccessible to its users unless it finds a new provider, not only through its mobile application but also through web browsers.

Amazon’s decision, advanced by the Buzzfeed medium, responds according to the company to a violation of its terms of use for not removing violent content. Parler has quickly become a speaker for numerous conspiracy theories and was one of the main channels in organizing the protests that ended with the assault on the Capitol.

Since then, numerous messages can be read online calling for new riots, encouraging citizens to go armed to protest in Washington or calling for the execution of political figures. In a message on the social network, the CEO of Parler, John Matze, denounced that the measures against his platform are a “coordinated attack by the technological giants to end competition.”