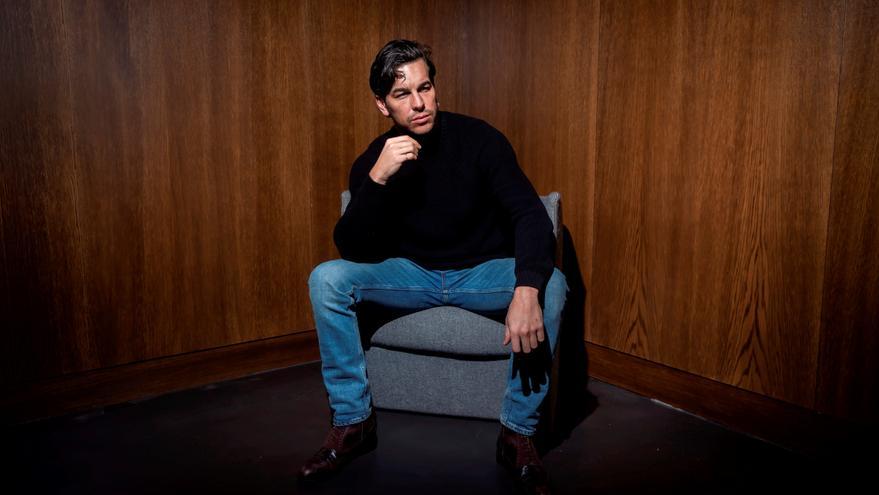 Madrid, Mar 3 (EFE) .- Mario Casas was less than ten years old when he began to dedicate himself to acting; Now, on his way to 35, he has achieved his first Goya nomination. A first time that comes after 25 feature films and five television series, some unforgettable, such as “Los Hombres de Paco”, “El barco” or “Instinto”.

He has three Feroz awards, the last one he won last night, and a Sant Jordi, but the protagonist of “You will not kill” is clear: “In the end, the awards are secondary. I think that for all of us, if you talk to any actor and put on a scale, awards or work, anyone prefers work, one hundred percent, “he remarks in an interview with Efe.

Just as ‘sexy’ as ever, Casas affirms that he keeps his “clown” side intact, although he understands that he will be nominated after several consecutive dramatic challenges: in the last ten years he has made films like “Contratiempo”, “Adiós” or ” Mathausen photographer “, and the latest” Home “,” The Practitioner “and” You will not kill “.

“I am very grateful to the academics who have nominated me”, but almost more, he says, “to colleagues from many, many years ago, many people with whom you have worked and with whom perhaps contact is lacking and who, suddenly – emphasizes -, they send you a message. ”

He understands that, perhaps, these latest films are more to the liking of academics, but his “zen” side makes him comment that “in the end things have their way, their process.”

Although just this year, he “played it” with some of the best actors in this country. The nominees “David (Verdaguer), Javier (Cámara) and Ernesto (Alterio) are in my ‘top five’ -says Casas-. It is an honor and pride to share space with these great actors,” he concludes.

Casas, who has been an idol in Latin America since “3 meters above the sky” (2010), tells Efe that he has had enough offers to work abroad, but they were things that “did not convince him”, although he is convinced that that he will end up working on “something interesting” in some country on the other side of the Atlantic.

Because, to accept a job, several things have to happen: the first, “love it and believe it” and the second, that your family gives the go-ahead.

“It’s a whole process,” he explains smiling. “First I decide with my family, my sister, my brother, my mother, each one likes a genre, each one watches movies and TV in a different way, and it is very interesting to hear what each one thinks. And we all see the scripts “, although the one who decides, of course, is him.

“They have brought me very good luck and it has been my path that they gave me their opinion. They are like a talisman for me, and I think that, among all of us, we have known how to make good decisions,” he considers.

“There are people who have followed me since I started, since I was a child, ‘Brain drain’, ‘The mule’, ‘Neon meat’, the first with Álex de la Iglesia … that is, -the thirty-year-old reflects- , there has been a vital and acting process for me “.

Casas believes that they have had to spend “years” to overcome the actor who was in “3 meters above the sky”, “The boat” and someone else.

“I am getting older and it is true that now I can give the characters more nuances, I have made a much broader background”, perhaps, he thinks, “it is not so noticeable” in “You will not kill”, the film for which he is nominated and in which he plays Dani, a very content young man whose life comes over him in one night, but in “The Practitioner”, for example.

That character has demanded “a more complex construction, much more adult, I am a bad guy, after all, a sick person, a psychopath,” he says. “I notice that I am beginning to have an evolution, an age in which I can contribute to the characters a much wider range of nuances “.

Casas (A Coruña, 1986) gives Efe a final confidence: “After all these years, I want to do a comedy, I want to have a good time.”

Remember the singer Adane, from “My Big Night” as one of his most accomplished characters, his blonde hair and his funny cheekiness. And he thanks Álex de la Iglesia for giving him “the opportunity to fly and create characters that have nothing to do with me.”

Although you already know that this comedy thing is not easy: “You can go right away, or stay too short, or seem to be making a joke. That is why I admire Javier Cámara so much, who is the best in our country in this, the one who best play the keys “.

And he warns that, rather than letting him loose in a comedy, they have to grab him, “hold me tight,” he laughs.

“It’s that I connect very easily and I know how to laugh at myself. I don’t judge myself, I have no problem, I enjoy it (…). In my life -he points out- I have been very funny, very clown; when I was a child I used to do ‘sketches’ from Los Morancos, from Cruz and Raya, at school, at end-of-year parties … Comedy has always been within me and I can’t wait to return. ”

But the next thing will be another drama, “El inocente”, by Oriol Paulo, with whom he worked in “Contratiempo”, where he shares the bill with José Coronado.