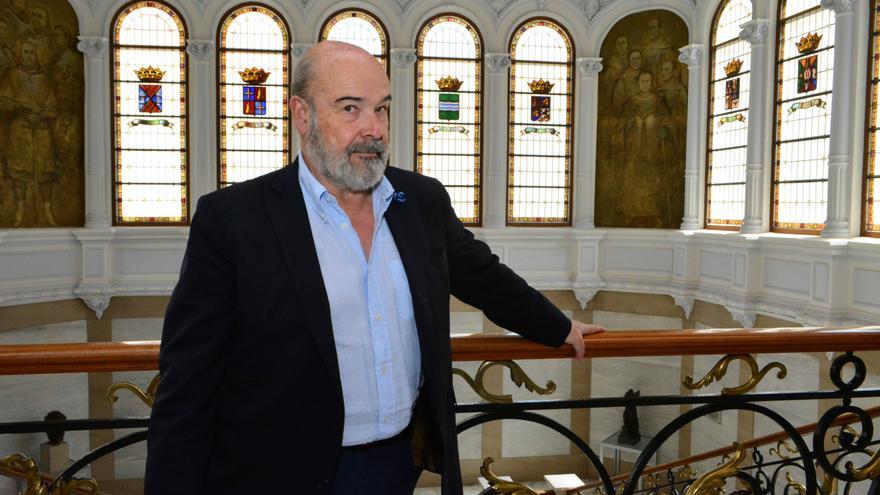 Palencia, May 27 (EFE) .- The actor Antonio Resines stars in an audiovisual work on the Canal de Castilla and the Camino de Santiago as it passes through the province of Palencia to publicize all the cultural, heritage, gastronomic and natural possibilities of this province in small "pildoritas" that will be disseminated on social networks.

The actor is these days recording in different parts of the province of Palencia and in the capital the audiovisual with which the Diputación de Palencia wants to take advantage of the pull of the famous actor to reach all audiences and bring them closer to some of the most impressive corners of the city. Province.

The protagonist of the next tourist campaign of the provincial institution has been received by the deputies of the area of ​​Culture and Tourism, Carolina Valbuena and Francisco Pérez this Thursday at the Provincial Palace, where he has attended the media.

"We wanted to make Palencia known in a striking and impressive way and that is why we decided to have a top-level figure. We are convinced that he will be able to transmit his enthusiasm to give a very important diffusion to the province of Palencia", stated the deputy for Culture.

Regarding the audiovisual, he has only anticipated that they will be videos of a very short duration, small "pildoritas", which will be published on social networks, in which "we insinuate and teach what can be seen and what you want to see".

"There are amazing things that I did not know and it is a pity that people miss it," he added, after passing through towns such as Villalcazar de Sirga, Frómista or the capital of Palencia.

For this reason, as he has explained, the audiovisual work in which he stars wants to hook people who do not do this type of route, and it is proposed in a different and "lighter" way so that people are encouraged.

"You do not have to be an old man to take a route through the Romanesque, see a Roman villa or walk along the Castile canal," he joked.

"We are delighted that he is becoming an ambassador for Palencia", added the deputy Fran Pérez, convinced of the success of this type of formats that "are working very well, and more if they have the hook of a figure like Antonio Resines and the resources tourism in the province of Palencia ".