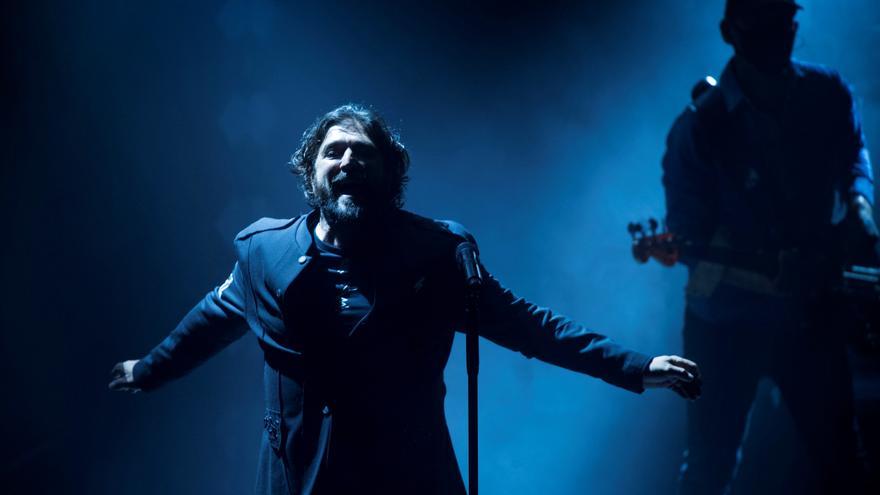 Zaragoza, Apr 24 (EFE) .- The Barcelona singer Antonio Orozco has started touring with "Aviónica", a musical journey full of optimism and energy with which to publicize his latest album, which took off this Saturday in Zaragoza.

The Mozart room of the Auditorium has witnessed the emotions of this presentation date of "Aviónica" in the Aragonese capital after its debut in four concerts at the La Latina theater in Madrid.

"Today" has been the theme with which the Catalan singer has burst onto the Zaragoza stage, where he has acted as commander of a flight that has captivated the 750 fans who have exhausted the capacity of the room, with current restrictions , in two passes at 17 and 20 hours.

The director of the singer and his band has deployed the energy of "Aviónica" among those attending the Zaragoza Auditorium, who have not hesitated to give their all and dance, although without taking off their seats.

The most sentimental turbulences of this trip have come with "On flights", which the singer dedicates to the elderly through a play on words that has captivated a girl, who has approached the stage to give her a rose.

Besides presenting "Aviónica", Orozco has delighted the Zaragoza public with some of his traditional hits, such as "Llegará", "Hoy sera" or "Te Esperaé", which has been accompanying the artist on stage for twenty years.

A scenario that this Saturday has become too small for Orozco, who has put on the mask to get off the stage and sing "The trip" while walking through a stalls that he was dying to get up to break the social distance and play to the artist, but security and conscience have overcome temptation.

In the middle of the pass, Orozco has addressed his audience to apologize for the modifications in the programming.

"Today we are changing things", defended Orozco, who has asked the attendees to continue respecting the security measures because, although they could not get up from the seat, "today he hugs himself with his eyes."

The record comeback of Antonio Orozco, five years later, has already been number one on the official sales list in Spain twice and has achieved a platinum record.

The Catalan artist has landed at the end of this concert full of energy with a heartfelt maneuver that has included his emotional "Devuélveme la vida" and "Pedacitos de ti", with no other company than an electric guitar, and "My hero", on the piano. .

A piano to which the band has joined to put the finishing touch to the appointment with "Entre sobras y sobras me faltas", the single from their tenth album that has earned them a digital gold record.

Orozco's career has added more than 2,500 concerts in Spain, Europe and Latin America and nine albums, to which "Aviónica", his tenth album, is now added.

With more than 1,500,000 records sold, one diamond record, ten platinum records and numerous gold records, Antonio Orozco is one of the most successful and beloved artists in national music.

After the two passes in Zaragoza, Orozco will continue to fly with "Aviónica" in Seville (May 20), Valencia (May 23) and Barcelona (May 27 and 28), cities where he has also sold out tickets and more than 20,000 people they can enjoy their latest album live.

With this new project, the Barcelona artist will offer his most international tour to date, in which he will visit the main stages of the country and also many countries in Latin America and Europe.