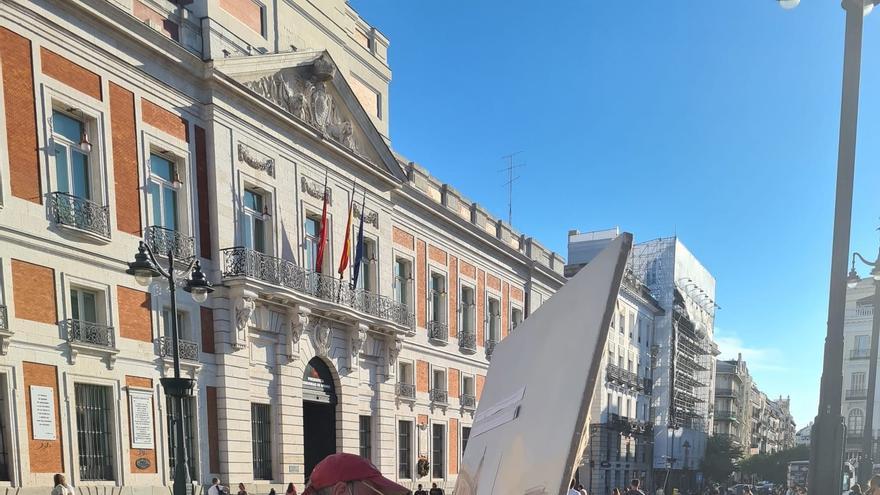 Madrid, Jul 1 (EFE) .- The painter Antonio López has returned to Madrid’s Puerta del Sol this Thursday to conclude the painting that he left unfinished eleven years ago, on a “very beautiful afternoon, with good light and no wind.”

Antonio López announced last April that he wanted to return to the center of Madrid this summer to finish the landscape that he began to paint and abandoned in 2010: “this summer, God willing, I would like to continue the painting that I started years ago, in the Puerta del Sol, so I’ll come in the afternoon. ”

That year the painter worked in the afternoons, between 7:00 p.m. and 8:30 p.m., on a work to which he initially planned to dedicate three summers.

Located in the central area of ​​the square, Antonio López works on a painting that shows the Real Casa de Correos, seat of the presidency of the Community of Madrid, and Calle Mayor.

Dressed in shorts, striped shirt, clogs and red cap, the painter has been happy with the afternoon’s work, which, despite the heat of the day in Madrid, has considered, in statements to Efe, “very beautiful and in good light. ” EFE