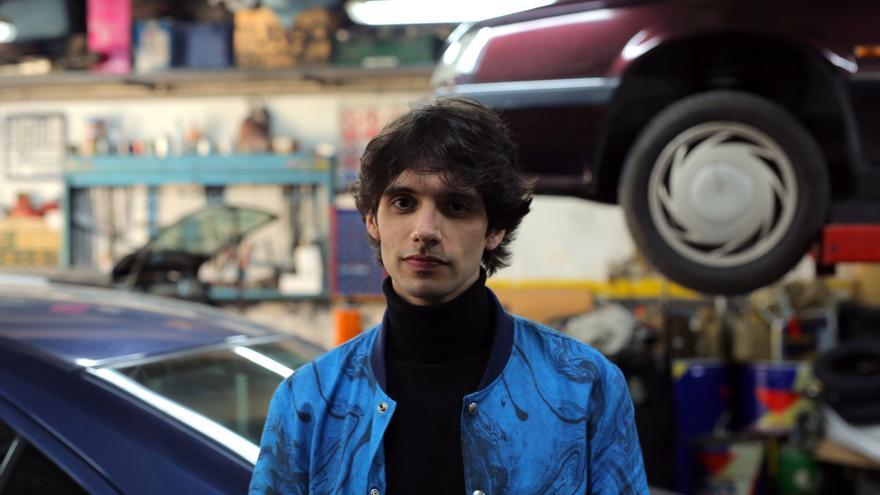 What we men do on 8M: Yahoo Answers. This was – a bit paradoxically, considering that it was the first women’s strike – one of the star questions in the feminist strikes of 2018 and 2019. Beyond the relevance or not of this debate occupying so many minutes of militant attention and media, the question denoted a growing interest – or concern – about the role that men were playing in a movement that has returned to shake the world in recent years.

The journalist and writer Antonio J. Rodriguez starts from that concern to reflect and analyze current masculinity and its role in the construction of relationships, sex, affectivity or politics. Does it in The old new masculinity (Anagram), an essay that, from the title, provokes and questions a still minority but growing story, that of the new masculinities, the ‘allies’. Revealing uncomfortable truths about himself has been an inevitable part, he says, of this process that seeks to be, in some way, a shock.

What is ‘the old new masculinity’?

The title appears almost as a kind of illumination after I have started writing on the subject. In recent times, and after the conversation about feminism jumped to the front page and at the same time we began to think about this of the role of men at the present time, I wanted to write about this. I had come a long way when the title came up, it seemed to me that it conceptually summed up well what I wanted to work on, which is that in recent times we have thought a lot about new models of masculinities but that they do not differ at all from traditional masculinities in terms of conventional or in your DNA.

One of the conclusions he had reached was that after the importance of all this conversation around feminism there had been two great reactions: one, the appearance of particularly recalcitrant, reactionary masculinities, and the other, the figure of the new masculinities or their synonyms, which apparently are a nobler answer and which in many cases is in tune with some of the feminist demands, although it is true that essentially they have not changed that much. It marks a kind of before and after, which inside the bad is not the worst way but I think that a more radical approach to masculinity implies going further.

“As long as men continue to be unable to kiss another phallus, machismo will not disappear.” Does that phrase in your book summarize a part of that DNA of masculinity that should be addressed with more impetus?

It is a phrase that has many degrees of reading. Last week was the day of bisexual visibility and it struck me that the bulk of people who claimed this day were women. One of the phenomena that has been appreciated these years is more visibility of new sexual subjectivities, of new sexual expectations … It is a conversation that has not occurred so much within the new masculinities, although they could be equally replicable. It is evident that we are talking about cultural symbols of a deep depth, it represents a wound in the imagination of many men.

It reminds me of #MeToo already when they talked about consent and this thing about men came out of ‘I will no longer be able to flirt, relationships with women are over’ … It is a misunderstanding of what is being talked about. This is where the second part of #MeToo comes into play, which is to think positively about desire and the relationship with the other.

Is there a kind of complacency among, let’s say progressive, left-wing men, who may be close to the feminist discourse but who when executing some of these changes are not capable of reviewing their daily practice as much as their thinking because they already consider themselves ‘allies’ ‘?

Faced with today’s world in which the conversation about gender inequalities occupies a very important place, men have reacted in three different ways: the casting of privilege – the conservative, reactionary man, who believes that everything conspires against him – the to stand on one side – a ‘I neither enter nor leave the conversation and I hope that the crossfire does not touch me’ -, and who go to the root of the construction of gender. And here uncomfortable situations arise, because it implies self-review in many areas.

It’s about getting rid of the learned languages ​​and creating something else. In the most intimate sphere, rethinking the affective dimensions is very complicated, seeing how we have related to marriages, conventional families … it is not easy for men or women, but I think that a good part of the conversations that have started in recent years should necessarily lead us in that direction.

You speak of ‘victims but executioners’, that is, of how to make the discourse that men suffer from patriarchal stereotypes compatible with the idea that masculinity reproduces patriarchal violence. How?

A violent historical burden falls on men, that is, having to respond to and reproduce a whole series of gender expectations, which has a whole series of its own and important collateral damages. But we are also executioners to the extent that we are the transmission belt of that male domination. All men would prefer not to be in the position of confirming that we have used violence, but the reality is that we have all used violence from our privilege. Violence in the domestic or professional territory can be on a different scale. This resistance of not being perceived as an adversary leads us to a whole series of social taboos that at some point leads us to jump through the air.

But this discourse of masculinity as an identity built on violence creates reactions that seek to appeal to men as discriminated and unfairly marked beings. I refer for example to the speeches of the extreme right that are on the rise in so many places.

What is important is the panoramic vision of male domination, centuries of discrimination, violence in relationships. There is a defensive response because raising these issues has the same effect as stirring a hornet’s nest. We also speak of the yoke that masculinity supposes for men themselves. Expectations of masculinity are paradoxically a factory of weak men.

When talking about the rethinking of man-woman relationships, women are the result of a series of fantasies created by male subjectivity, which means that there is an objectification. But at the same time there is the paradox that a man to validate himself is waiting for the ‘validation’ of that subject whom he has objectified and, if he does not receive it, he violently rebels, which is precisely a sign of weakness. Masculinity is a factory of fictitious humiliations.

You use the word superstition a lot in the book. To describe, for example, the strength that superstition still has in the way in which we take for granted that a relationship will consist of having only that relationship and that the possibility of having intimacy, which can be of many kinds, with other people, disappears from the equation. We put aside the possibility, indeed, we deny it, we say ‘this is impossible’, ‘it will not happen’, or ‘this does not happen to me’. Is this one of the strongest mechanisms that we have of social, family, patriarchal reproduction after all? Why is it so hard for us to break with that, even in the younger generations?

I am a very reader of classic literary texts and reading and researching on this topic has led me to take seriously texts that for other reasons would not have reached. Pulling the thread of masculinity and how we build relationships, I like to repeatedly read the Bible as we read the Aeneid or the Odyssey, founding texts from which a society is built. And it is funny because there are a lot of passages that describe relationships as we imagine them today in an apparently secular society: “the man’s body belongs to the woman, the woman’s body belongs to the man”, “you will not look to the other’s wife “,” the woman will be faithful to the husband “… It is our own mythology, our own superstitions that last until today.

In that sense, I am very impressed by the distinction we make between physical and non-physical relationships because of the expectations we place on each of them. That is, one can have a friend whose friendship appears or disappears but with whom there is always complicity and mutual generosity, but the same does not happen if we talk about emotional relationships. Normally if we start one we do it with the expectation that it is like this for life and that from that moment other relationships end, when in reality we are talking about suppressing conversations, we give sex again a category of transcendental and superstitious conversation. It is something that finds its genesis in a lot of classic literary texts. Apparently, although we live in modern societies, people continue to relate in this way because relating in another way, or proposing or experiencing other relational models is going against the road on the road, it is not easy. Society advances but we are not so modern.